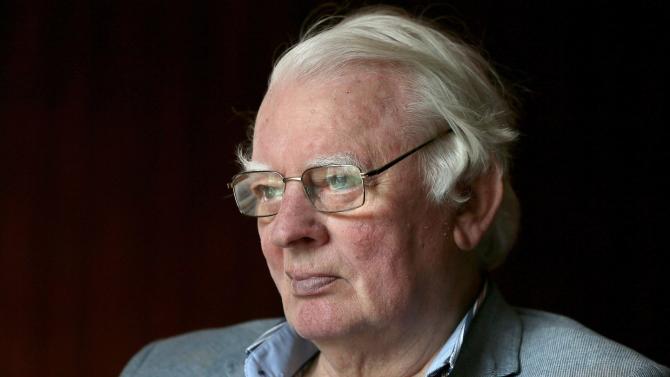 Austin Currie was a founding member of the SDLP in the 1970s.

HEARTFELT tributes have been paid to Austin Currie, the SDLP co-founder, civil rights leader and former Fine Gael minister, who has died aged 82.

In a statement, his family said they were heartbroken after Mr Currie died peacefully in his sleep at his home in Derrymulle, Co Kildare.

A family statement said: “The Currie family is heartbroken to announce the death of Austin Currie.

“Austin was married to Annita for 53 years. They were a formidable team whose love for each other and their family saw them through some of the worst times in Northern Ireland’s recent history.

“He is survived by his children Estelle, Caitriona, Dualta, Austin and Emer, their partners and 13 grandchildren.”

The family statement continued: “Our Daddy was wise, brave and loving and we thank him for the values that he lived by and instilled in us.

“He was our guiding star who put the principles of peace, social justice and equality first.

“From Edendork in County Tyrone to the bog of Allen, Daddy was most at home with his beloved Annita and his family, surrounded by newspapers and grandchildren.

“We will miss him deeply.”

Born in Coalisland, Mr Currie was the eldest of 11 children.

He served on the Northern Ireland Parliament for East Tyrone from 1964 to 1972.

He was just 24 when he won a by-election as a Nationalist Party candidate - one of nine MPs from the party in a parliament where the Ulster Unionist Party held 34 out of 52 seats.

His decision to squat at a council house in Caledon in June 1968 is widely seen as the beginning of the civil rights movement, which challenged inequality and discrimination against Catholics.

He went on to found the SDLP along with John Hume and Gerry Fitt in 1970.

In 1989, he won a seat for Fine Gael and served in the Irish parliament and as a government minister until he retired in 2002.

SDLP leader Colum Eastwood said Mr Currie was a "titan" of the civil rights movement and a forefather of the party.
"Each time we lose a political giant like Austin we lose a piece of our history," he said.

"While moments like this bring us great sadness, it also gives us the opportunity to celebrate the man and the huge contribution he made to politics in both the north and south of our island.

"It's because of brave men and women like Austin who saw the way their community was being treated and refused to be silenced, that we all enjoy the freedoms and privileges we have today."

Taoiseach Micheál Martin described Mr Currie as a "peacemaker".
Mr Martin tweeted: "Saddened to hear of the death of Austin Currie, one of the founding fathers of the civil rights movement in Northern Ireland.

"He did so much for people, as a peacemaker and in politics, serving in the Dail and as Minister of State with distinction."

Tánaiste Leo Varadkar, who currently holds Mr Currie's former seat of Dublin West along with his daughter Emer Currie, said he knew him as a "brave, courageous and principled man".

"He was blessed with extensive political insight and boundless humanity," he said.

"Above all, he cared most about bringing peace to this island by peaceful means, something he worked towards throughout his political career, and was vehemently opposed to political violence."

"He was a courageous leader who dedicated his political life to non-violent peaceful change. He was a pioneer in the movement for civil rights," he said.

"His decision to lead a sit-in at a house in Caledon to highlight discrimination in housing allocation by Dungannon Council was a key moment in the movement's campaign to achieve fairness and civil rights for all."

Church of Ireland Archbishop of Armagh and Primate of All Ireland, the Most Revd John McDowell, said: "It was with a heartfelt sadness that I learned of the death of Austin Currie. His whole political career was founded on a desire for justice and peace, which he pursued with a single-minded focus on both sides of the border in Ireland. In his early political life he did so at a time when it was not only unpopular, but positively dangerous, to speak truth to power.

"It was people like Austin Currie who represented the true spirit of the United States Civil Rights movement in the Northern Ireland. A responsible radical, who knew that violence can only divide, but that patience, persistent and generous public advocacy and action will lay a solid foundation for a peaceful and just society. At a time when social and political polarisation both create and feed off a destructive and divisive populism, his contribution to peace-making serves as an example to be remembered."