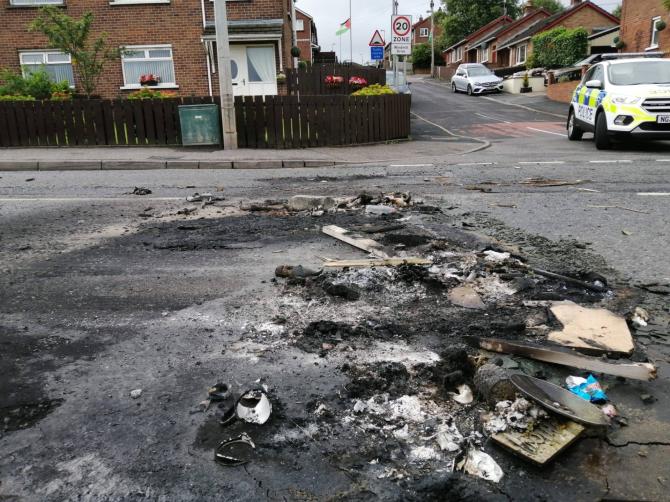 PETROL bombs were thrown during disturbances in Dungannon, on Saturday night after a group of people blocked off a road.
Police said between 20 to 30 people, some wearing balaclavas, were involved in disorder on the Ballygawley Road.
Two police vehicles were damaged by a petrol bomb and other missiles. A petrol bomb was thrown at a car driven by a member of the public.
It happened between 10.40pm on Saturday and 2.30am on Sunday.
DUP councillor Clement Cuthbertson said the disturbances were linked to an anti-internment bonfire in the area.
The Mid-Ulster District Council representative said police should have "been prepared to deal with this behaviour" and he will be discussing the matter with senior officers.
In a post on social media, police said residents had been left "horrified by the incident".
"The community wants better for their area and to live without fear," the post continued.
"We appeal to those who think this behaviour is acceptable to take a look at what destroying your own community achieves.
"This and putting the emergency services under even more pressure is not the way forward."