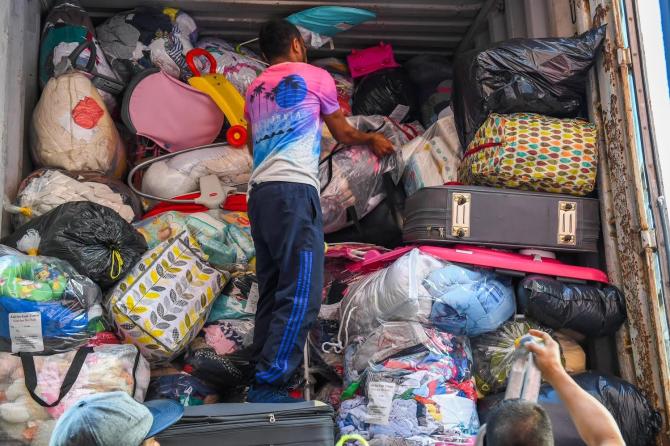 The shipping container is crammed full of essential items for the people of East Timor.

In recent weeks, a small group of East Timorese, led by Antonio Da Costa and Teresa Do Carmo, living in Dungannon, have been collecting relief supplies.

In April, due to the frequent and constant rainfall, a flood of land in East Timor caused many people and livestock to lose their lives, but also roads, shops, houses and a rehabilitation centre were destroyed.

The grief was immense among the East Timorese community but they are receiving help and, more importantly, aid from the people of Dungannon.