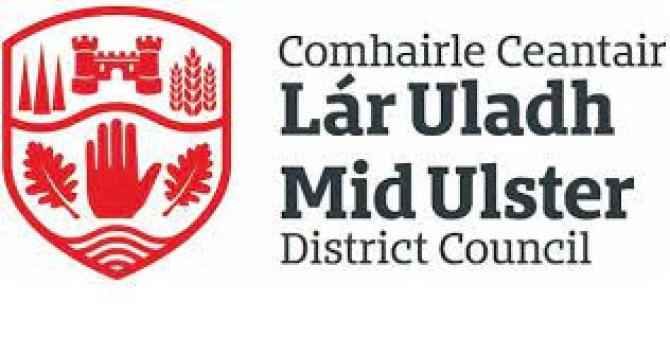 Mid-Ulster District Council has taken the decision to freeze its district rate this year.

The proposal put forward by Council’s Vice Chair, UUP councillor Meta Graham, won the support of the chamber by a majority of one.

The proposal had the support of the DUP, UUP and the two independent members present for a total of 17 votes. The SDLP abstained and 16 of Sinn Fein’s representatives voted against the proposal with the party instead favouring a 1.59 per cent increase in the district rate.

However, when asked how he would be voting, Sinn Fein’s Cookstown councillor, Gavin Bell, was silent before IT services confirmed he was not present at the meeting.

The only Councillor who had sent an apology for their absence to the Chair ahead of the meeting was Aontu councillor, Denise Mullen.

Had Cllr Bell voted in line with his party, the Chair, Councillor Cathal Mallaghan, would have had the casting vote and having proposed the 1.59 per cent increase, it is likely the zero increase proposal would have been defeated.

Council’s director of Finance, JJ Tohill, had recommended a rates increase of 1.59 per cent.

Rates are a property tax paid by households and businesses in Northern Ireland.

For a domestic property valued at £125,000 this proposed rise would have resulted in an increase of £6.75 a year, or 68p a month, if paid by direct debit.

Council’s Chair, Councillor Cathal Mallaghan thanked everyone for their “exceptional work” getting to this figure before proposing that members accept the proposed increase.

SDLP group leader, Councillor Malachy Quinn praised officer’s work and asked if using the additional £517,704 provided by the Rates Support Grant (RSG) this year would mean Council would simply have to double its increase next year, if the same level of funding was not provided.

Council’s Director of Finance confirmed this would be the case and said to do so, “would not, in my opinion be good financial practice and I would recommend to Council that we do not apply the RSG in that fashion”.

Council’s Vice Chair, Councillor Meta Graham thanked officers for their hard work and said now is the time to look after rate payers.

Cllr Graham put forward a proposal for council to freeze its rates and use its reserves to cover increased financial pressures.

The proposal was seconded by DUP councillor Kim Ashton who noted Council is in “a good financial position” and said “now is the time to use these funds”.

The Director of Finance recommend Council did not “strike a zero rate increase” as “any council that has done that in the past has done it to its detriment”.

The Chair said Council’s reserves had taken years to build up and said freezing rates would leave Council with “its hands tied”.

“I think we need to be careful that whatever rate the Council decides to strike is progressive and I don’t think a zero rate increase would be,” said Cllr Mallaghan.

Ulster Unionist group leader, Councillor Walter Cuddy said the “last 12 months is something none of us have been through before” and set out his party’s desire to strike a zero per cent increase.

His party colleague, Councillor Derek McKinney said this was an opportunity for Council to give something back and “share the prudence that we have had in the past”.

Independent Councillor Barry Monteith said he was “very reluctant” around a zero rate increase but “could not, in good conscience, vote for a 1.59 per cent increase”.

DUP councillor, Clement Cuthbertson said it has been an “exceptionally tough year” and said now is not the time to put extra pressure on rate payers.

Sinn Fein councillor Phelim Gildernew said he would be supporting the 1.59 per cent increase as it is 68p a month and with the services Council provides he believes the people of Mid Ulster would be content with that increase.

His party colleague, Councillor John McNamee said this rate increase would allow Council to continue to be “forward thinking”, while Councillor Sean McPeake described it as a “modest increase”.

Independent councillor, Dan Kerr explained he would be supporting the zero increase proposal telling the chamber it has been an “exceptional year ” and set out his belief that “Council should try to minimise costs for the rate payer”.

Noting that others had set out their position, the Chair asked Councillor Quinn how the SDLP would be voting and was told the SDLP would “not support” the proposal for a zero increase in rates.

Sinn Fein councillor Dominic Molloy said he welcomed the debate but said not increasing the rates would be akin to asking council officers to do their job with one hand tied behind their back.

The proposal to have a zero per cent increase in rates was then put to a vote.

With the five SDLP councillors choosing to abstain, only the 16 members of Sinn Fein present voted against the proposal.

With the 17 DUP, UUP and independent councillors present voting in favour of the proposal it was passed by Council.