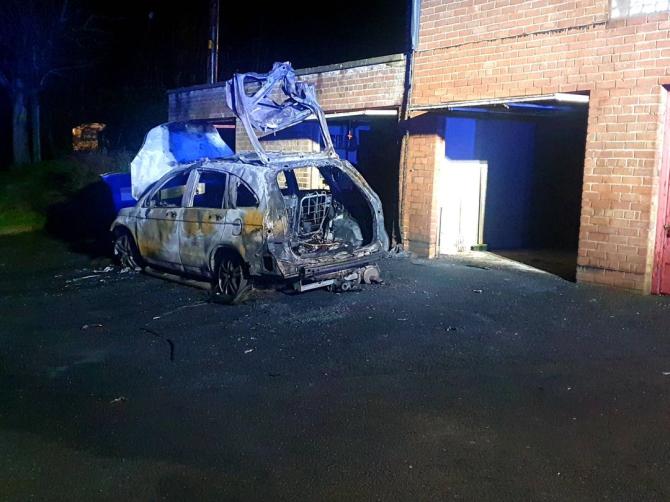 The scene of the petrol bomb attack in Donaghmore on Tuesday night.

A car was destroyed last night (Tuesday) in a petrol bomb attack in Donaghmore.

The incident – in the centre of the village – took place just after 11pm.

Police said a male in dark clothing was seen running from the scene after the fire was lit.

The PSNI has appealed for witnesses, or anyone who has information about the incident, to contact them.