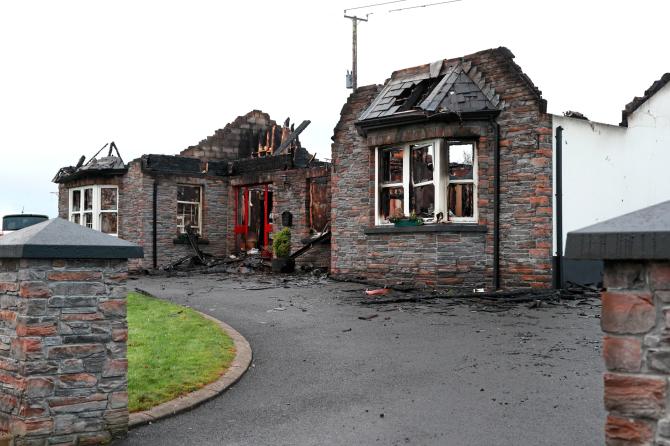 A WOMAN who was rescued from a house fire near Coalisland on Monday night has sadly passed away.

The woman, who was the sole occupant of the property at the time was rescued from the blaze and treated at the scene before being taken to hospital where she passed away on Wednesday evening.

Detective Inspector Paul Robinson said: "Police can confirm that a woman, aged in her 50s, has died following a fire at a house in the Annaghbeg Road area of Dungannon on Monday evening, October 19th.

"Police received a report of a fire at a house at around 10.25 pm on Monday. The woman was taken to hospital for treatment but has since sadly passed away."