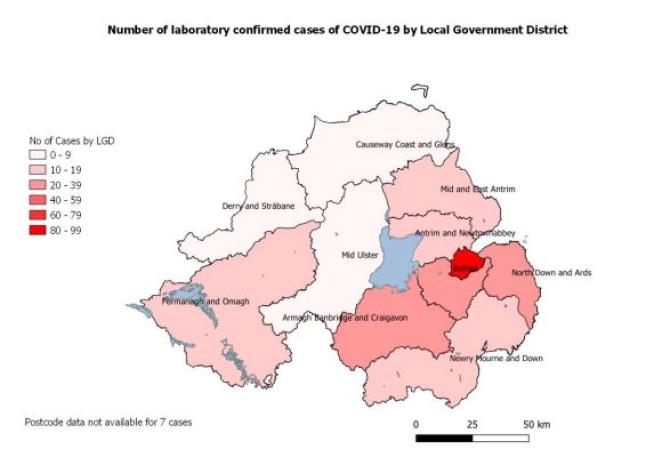 Eight patients have tested positive for Covid-19 in Mid-Ulster.

THE number of people who have died in Northern Ireland after being diagnosed with Covid-19 has risen to 13.

It was also confirmed there has been a further 34 new cases, bringing the total number of cases to 275.

Of those confirmed cases, 149 were male and 126 were female.

The death toll across the United Kingdom had its sharpest increase since the outbreak began, rising by 181 to 759.

In Northern Ireland the virus has affected a broad range of age groups, with 80 of the confirmed cases in patients over 70 years of age.

And in the latest Coronavirus update on Friday afternoon, officials outlined the number of positives cases in Northern Ireland by Local Government District.

The highest number of confirmed cases are in the Belfast City Council area which has had 86 infected patients.

The fewest number of cases have been recorded in the Causeway Coast and Glens area, with five positive tests.

Eight patients have tested positive for Covid-19 in the Mid-Ulster District.

A total number of 4,014 Coronavirus tests have been carried out in Northern Ireland of which 3,739 returned negative.

The Southern Trust has completed 657 tests and the Northern Trust carried out 453.