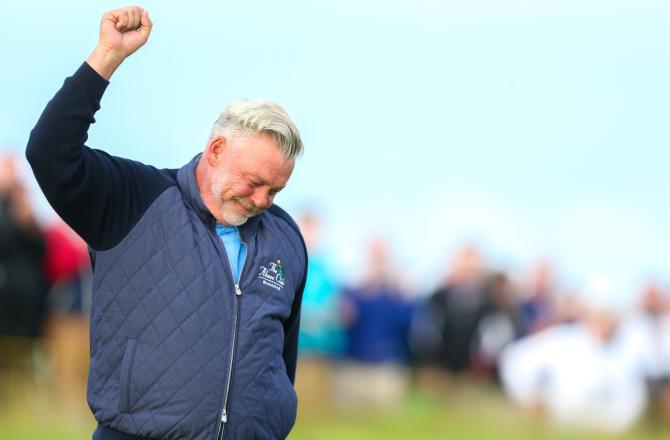 Dungannon's Darren Clarke won his first Senior Open title on Sunday, joining an illustrious group of players to have won both variations of the Claret Jug after triumphing at the Senior Open Championship at Gleneagles.

The 53-year-old - who won The Open at Royal St George’s in 2011 - birdied the 18th hole of Sunday's final round to card a 69 and finish 10 under, pipping Padraig Harrington to the title.

The triumph sees Clarke joining Gary Player, Sir Bob Charles and Tom Watson as the only four players to win both the Open and Senior Open titles.

"Very happy,” Clarke told the press, as he came off the 18th green.

“I made no secret that I wanted to win this one more than anything when I turned 50 so I could sit it aside the other one. Pretty good feeling right now.

“Very privileged to get name on the Open trophy, the Claret Jug, and now to get my name on this one as well. Beside some of the legends of the game as well, very humbled and very honoured.”

Read the full story in this week's Tyrone Courier, or check out or epaper