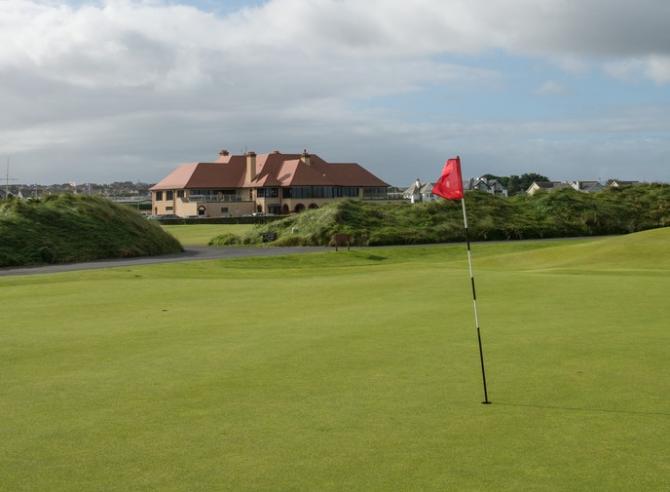 The historic North of Ireland Amateur Open Championship is to become a stroke play event, it has been announced.

A number of "significant" changes are being made to the competition over the next two years following a lengthy consultation process between Royal Portrush and Golf Ireland.

The changes will be phased in over the next two years, beginning with the Championship this July.  The changes are intended to encourage as strong a field of elite players as possible and elevate the ranking of the event.

The historic Championship will now become a stroke play event, with 72 holes played over three days. The opening two days (13th and 14th July) will see 150 players play their first two rounds on the Dunluce and Valley courses. After a 36-hole cut, the final 36 holes will be played on one day (15th July) over the Dunluce course, where a champion will be crowned.

A qualifying event will take place on the Valley course on Monday, 11th July, allowing additional opportunities for players to qualify for the Championship.

This year’s event will be the last to take place in July. The 2023 North of Ireland Championship will take up a new slot in the calendar when it moves to September.

Golf Ireland’s Director of Championships, Mark Wehrly said; “We have had a very open and constructive discussion with Royal Portrush Golf Club on the future of the North of Ireland Championship.

"At all times, the focus of both parties has been on ensuring the event will have a healthy future and continue to grow in stature, and in this regard the changes announced today also reflect consultation with national elite squad members from Ireland and other countries across Europe.

“Golf Ireland is grateful to Royal Portrush Golf Club for the immense contribution it continues to make to amateur golf in Ireland, even as its commitments have significantly increased with its continuing inclusion on The Open Championship rota.”

Royal Portrush Golf Club’s Captain, Ian Kerr said: “2022 is the 75th anniversary of the North of Ireland Championship and it has played a vital role in our Club’s history.  We are confident that this format and date change will attract the leading amateur golfers to challenge themselves on the Dunluce Links, which can be set up similar to The Open Championship.”

A list of fully-amended regulations will be available on www.golfireland.ie in the Competitions Section, and will be circulated to those players who have already entered the Championship.

The 2022 North of Ireland Championship will take place from Wednesday, 13th July, to Friday, 15th July.