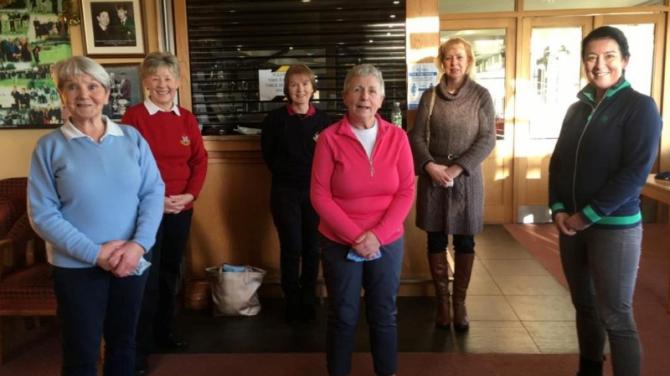 Some of the winners from the Ladies' Winter League. S205249

THE long-awaited results of the ladies’ Winter League at Dungannon Golf Club were announced last week.

Although Team Latte, captained by Karen Hetherington, began very strongly, Dympna Fitzpatrick’s Team Cappuccino made a late surge up the table, so the final week’s competition was crucial.

Americano had been consistently in the middle of the table throughout, so it was no surprise that this team, captained by Sarah Rafferty finished in third place, well ahead of Jayne Henry’s Espresso, with 18 points, and Anne Currie’s Macchiato with 14 points, who finished in fourth and fifth places respectively.