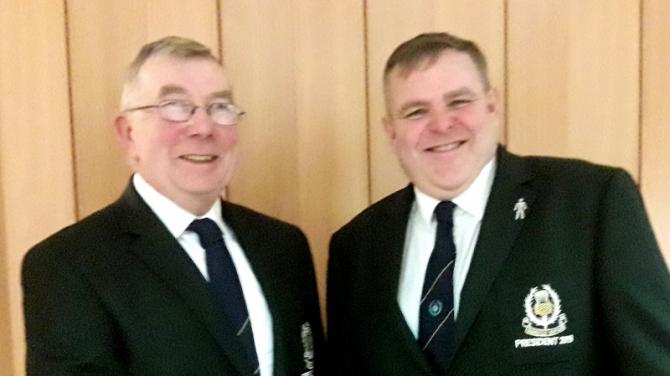 IT'S all change at the top following Aughnacloy Golf Club’s Annual General Meeting during the week.

Vice Captain Bob Treanor assumed the role of Captain from Martin McKenna, who had just completed his year. Gerry Carberry handed over the post of President to Pat Wilson, while Captain Bob announced Philip Parr as his Vice Captain for the incoming year.

Captain Martin thanked all members of the club and Council for their support during the year. He thanked all the club members who had given their time to represent the club in the various cup competitions during the year when on some occasions long distances had been travelled.

He then proceeded to give a full report of his year in office, highlighting the upgrading of the changing rooms at the club.

The outgoing President made a farewell speech thanking all for their support during the year and wished the incoming office bearers the best for the year ahead.

The secretary, treasurer and competition secretaries then gave their reports prior to the new council being elected.

Captain Bob then proceeded to elect his new Council for the incoming year. He thanked the outgoing members for their dedication and work during their time on Council.

He then announced his team captains for the incoming year and wished them every success.

He thanked the club members for their attendance at the AGM and stated he hoped the weather would improve to get golf moving again at Aughnacloy.

In closing, he emphasised the need to grow the club in all three categories - gents, ladies and juveniles. Various incentives would be put in place to encourage this. Call the Secretary, Sidney for details on 07785 987894.