Moyola miss out on Ulster Cup 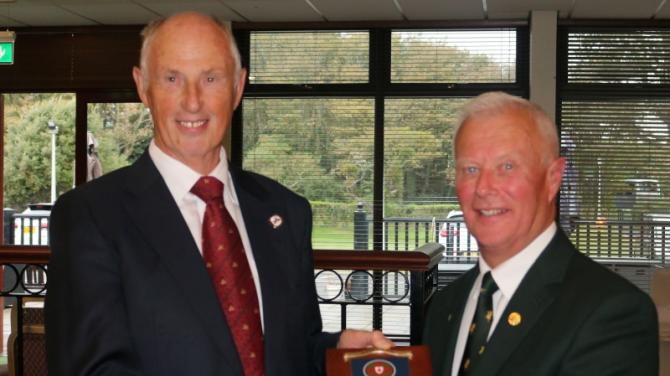 MOYOLA Park Golf Club narrowly failed to win the Ulster Cup after a thrilling second leg against Mourne played at Royal County Down.

Following last week’s first leg at Moyola, a game which the home side should have won, finished tied at 3.5 - 3.5, it was always going to be a struggle at the Royal course.

The early stages suggested that Moyola were going to be blown away as Mourne built up commanding leads in several games, but as the game progressed Moyola settled down and gradually eroded the early deficit.

It soon became clear that the destination of the trophy had become very unclear and the home side and their supporters realised the game was far from over.

With two games going down the 18th, Mourne held a slender lead and victory in either game could have seen the Cup back to Moyola.

Unfortunately, the holes were halved leaving Mourne winners by 7.5 to 6.5 over the two legs.

It was an excellent game, worthy of a final and both sides were accredit to their clubs. Mourne are to be congratulated on the magnificent reception they gave to everyone from Moyola, team, caddies and supporters.

Ladies Lose Out In All Ireland Challenge Cup

The Cork side were outstanding throughout the finals and such was the quality of their play that none of the teams were able to cope. Congratulations to many and the ladies on an exceptional season.