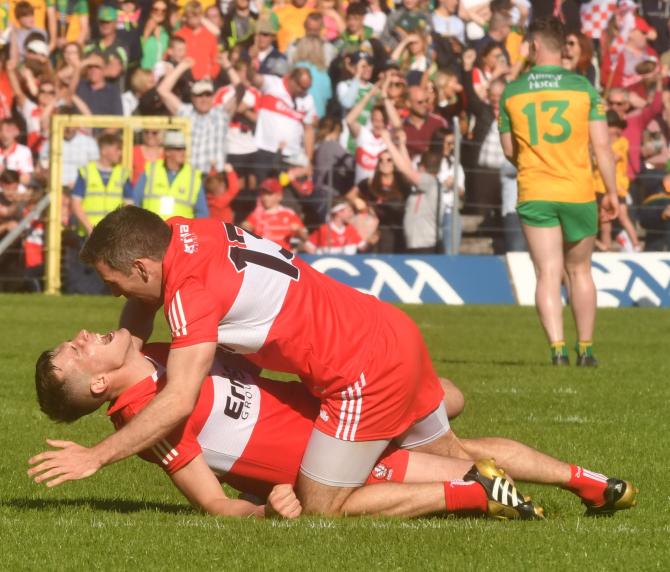 THE MAYOR of Causeway Coast and Glens Borough Council has led tributes to Derry’s senior footballers who won the Ulster senior football championship title for the first time in 24 years on Sunday.

Rory Gallagher’s side were pushed all the way by Donegal before emerging two point winners, 1-16 to 1-14, after extra-time in front of a crowd of 30,000 in Clones, County Monaghan. It means the Oak Leafs now progress to the All Ireland quarter-finals and a possible date in Croke Park in the coming weeks as newly crowned provincial champions.

Congratulating the team on their achievement, the Ulster Unionist councillor said the scenes at the end of the game in St Tiernach’s Park showed just what it meant to supporters.

“I want to offer the players, their manager and coaches my congratulations following their Championship victory,” said the mayor.

See this week's Mid Ulster Courier or our epaper for full report and photographs.