Defeat to Armagh will be remembered for the late drama 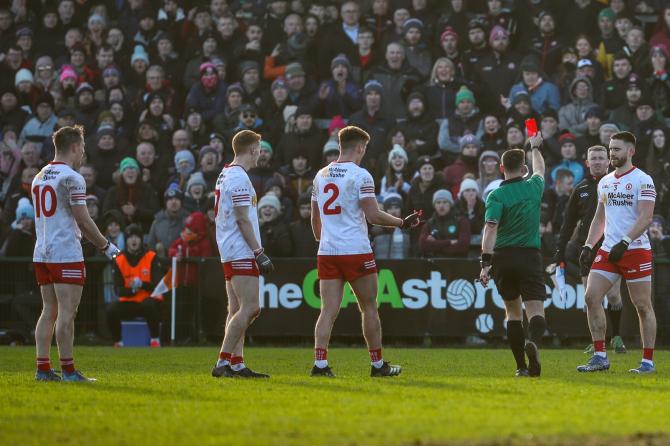 Tyrone's defeat to Armagh will be remembered for the late drama which saw five players – four of them from Tyrone – sent off at the end of a feisty local derby at the Athletic Grounds.
Armagh’s dominant first half display laid the foundations for a deserved victory, leaving the Red Hands without a win two weeks into the 2022 National Football League series.