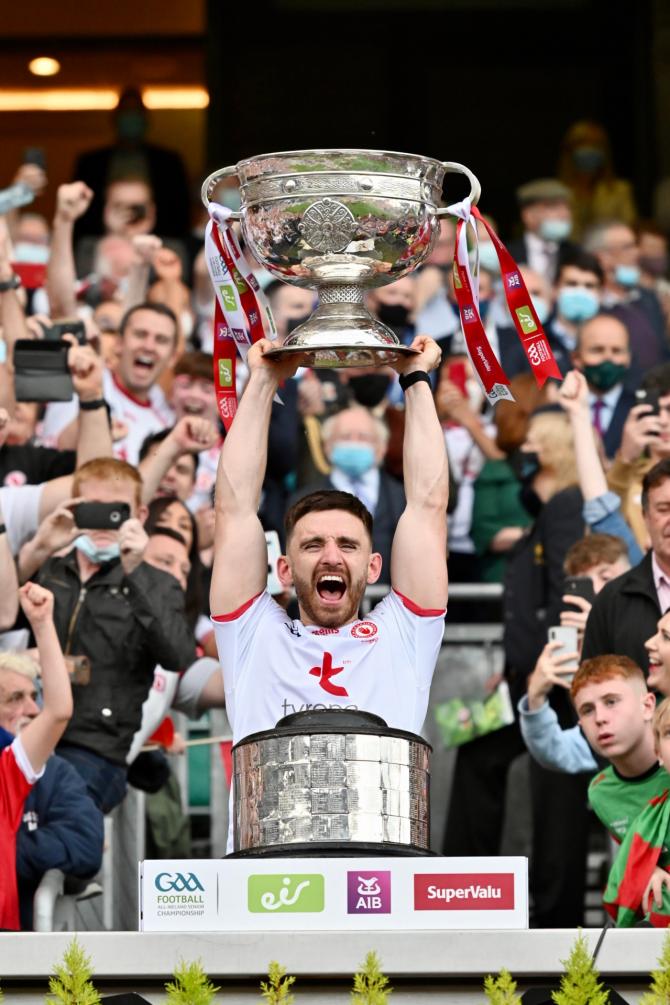 Well-wishes have come in for Tyrone after they won the All Ireland Senior Football Championship.

They saw off Mayo 2-14 to 0-15 at Croke Park earlier today.
It's the first time the Red Hands have brought Sam Maguire back to Tyrone since 2008.
In what was an exciting game, the two sides were neck and neck until Kieran McGeary and Niall Sludden produced big scores to push Tyrone ahead into a three-point lead.
At the break Tyrone led 0-10 to 0-08, but momentum swung and a penalty from Mayo's Ryan O'Donaghue would have put them ahead - but he missed, and minutes later Cathal McShane punched Tyrone further into the ascendancy.
Matthew Ruane was sent off in the closing stages bring Mayo down to 14 men.
Amongst those sending their congratulations were First Minister Paul Givan and deputy First Minister Michelle O’Neill.
First Minister Paul Givan said: “Congratulations to Tyrone on winning the All-Ireland championship for the fourth time. The passion and determination of the team on the pitch has been mirrored by their supporters right across Northern Ireland and beyond.
“Well done to the players and all those associated in their success. They deserve their celebrations this evening.
“This is a significant achievement after what has been a very difficult period for elite sports. It is great to see our local sportspeople excel, and the Tyrone team has certainly done that.”
Deputy First Minister Michelle O’Neill said: “Congratulations to Tyrone Seniors on winning the All-Ireland and bringing the Sam Maguire home after 13 years.
“In a time of uncertainty they gave the people of Tyrone hope, positivity and a cause for optimism.
“I am immensely proud of all the players, management and those who have played a part in this incredible result.
“This campaign has not been without its challenges but was fought with real determination, and brought the county together in support of the team.
“Commiserations to Mayo, it was the Red Hands’ year and I hope the start of many more to come. Tyrone abú.”