Minors are set for semi-final Cork-er! 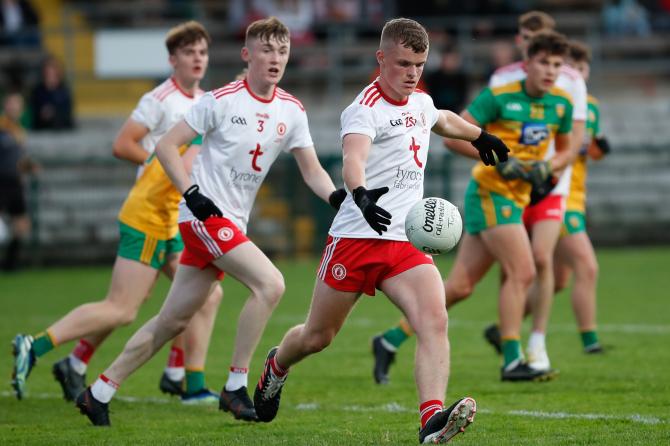 Newly crowned Ulster champions Tyrone are ready to march on to even greater things, and this weekend’s All-Ireland Minor Football Championship semi-final gives them an opportunity to take another step towards the ultimate prize.
They take on Cork on Saturday in a game that pits two exceptional teams against each other.
The Munster lads have sparkled in their own provincial championship, clinching the title with a 1-17 to 0-13 win over Limerick in the decider at Semple Stadium last week.
But the Red Hands, fresh from a 2-11 to 1-7 Ulster final victory over Donegal, will show no fear of their opponents from the deep south.