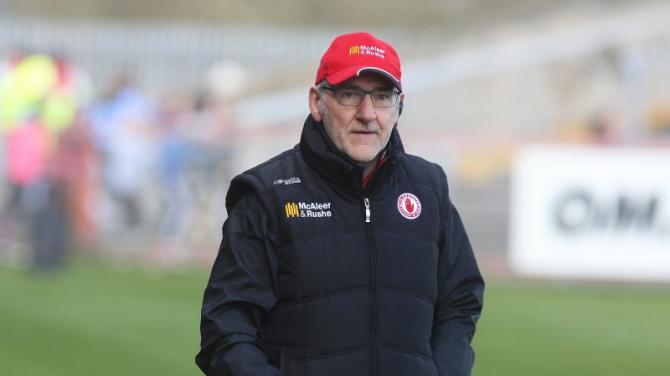 FORMER Tyrone GAA manager Mickey Harte has announced his autobiography will be released in October.

One of the most successful Gaelic football managers of all time, his new book Devotion will chart his tenure with Tyrone from 2003-2020 while also confronting the trauma of his daughter Michaela's murder.

His success is credited with changing the way the game was played for over a generation and earned his reputation as one of the most important figures in GAA history.

In January 2011, the shocking murder of his daughter Michaela while on honeymoon in Mauritius saw the grief-stricken Harte family at the centre of an international news story.

Earlier this month the government of Mauritius announced it would be re-examining the murder after formally closing the investigation last year.

A collaboration between Mr Harte and author Brendan Coffey, Devotion examines the story of the family's decade-long struggle to deal with tragedy. It is also describes how faith, community and sport can provide comfort during the most difficult times.

The memoir also serves as a portrait of one of Irish sport's true icons.

Speaking ahead of the launch, Mr Harte said: “Although it has afforded me the opportunity to revisit many happy memories of my family life and time in football, this book has not been easy to write.

“It is my hope, however, that by sharing aspects of my own experience, I can offer people something to help them face their own challenges, whether they be grieving the loss of a loved one or simply struggling to find a sense of purpose or hope for the future.'

Conor Nagle of HarperCollins Ireland said: “Mickey Harte is one of Irish sport's true icons, but his story is one that transcends the world of Gaelic games.

“Devotion is the record of an extraordinary personal story but at its heart it's a book about universal human experiences: love and loss, hope and despair, grief and redemption.”