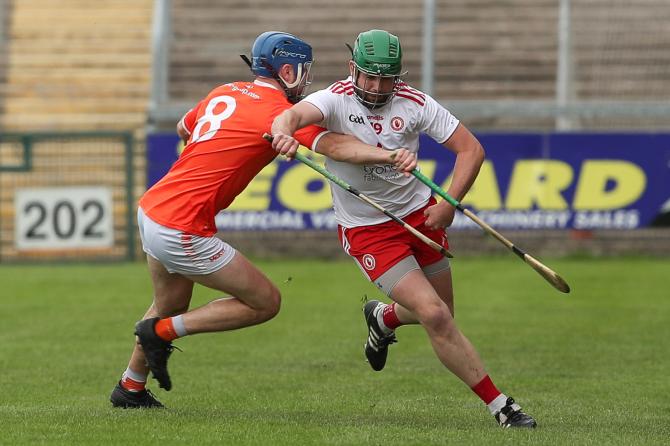 A SECOND derby clash with Armagh in the space of a fortnight sees the Tyrone hurlers return to the Athletic Grounds on Saturday to launch their Nickey Rackard Cup challenge.

A semi-final place is up for grabs, and all the indications are that it could go either way.

The sides fought out a highly competitive league encounter ten days ago, with the Orchard men coming out on top in what was effectively a dead rubber to conclude the NH: Division 3A campaign.

There’s much more at stake this weekend, despite the fact that defeat will not mean the end of the road, with the losers progressing to a quarter-final.

Manager Michael McShane believes his team has made progress through the league, despite failing to gain promotion.

“Rome wasn’t built in a day. It’s going to take time for players to get used to what we want them to do, to get rid of bad habits,” said McShane.