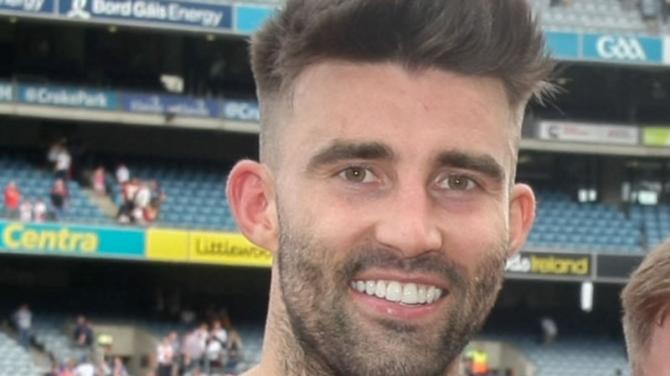 IT IS a big top-of-the-table clash, and the test for Tyrone is to maintain a high level of performance when they take on Galway this weekend.

The Red Hands travel to Tuam looking to back up a morale-boosting win over Kerry and step up their challenge for NFL honours.

With both teams holding a share of the Division One leadership, along with unbeaten Dublin, this promises to be a fierce battle for supremacy, with the winners taking a massive stride towards a place in the league final.

But safety will also be in the minds of respective managers Mickey Harte and Padraic Joyce, with both acutely aware of the danger of being dragged into a relegation battle.

The Tyrone defence could be in for a busy afternoon, given Galway’s switch to a more attack-minded approach under new boss Joyce mine of the greatest forwards the game has seen.

“Padraic Joyce, the man that he is and the footballer that he was, is definitely looking to a more attacking brand of football, which will be a challenge for us,” said Tyrone defender Tiernan McCann.

“It’s a big challenge. From what I have seen he has brought the kicking game back to Galway.

“They always had the physicality and the pace, but maybe under previous management, they depended a little bit more on defensive football.”

Weather conditions and the switch to Edendork due to Healy Park being unplayable were important factors, according to McCann.

“It was important, and it wasn’t easy for Kerry coming all the way up, and with the change of venue at the last minute, we tried to use that to our advantage.

“A lot of the boys are familiar with Edendork, and I’m sure none of the Kerry players have ever been to Edendork before, so we tried to use that to our advantage.

“It was extremely tough to get out of our own half, to get possession from the kick-out. Kerry were pressing right up on us, and we tried to do the same in the second half, but it was difficult, with underfoot conditions and the ball not really travelling against the breeze.

“It meant we had to play extremely safe through the hands, avoid contact at all costs.

“If you had asked us if we would take a four point deficit at half-time, we probably would have, conditions were that tough.”

That result lifted Tyrone to the top of the table, whereas a defeat would have seen them drop into the bottom two.

“We said that before the game, that the way the results had gone, we could still be on course for top of the group.

“That was our target for the first couple of weeks. We were obviously disappointed with the performance against Monaghan, but it was a good response, and we’re two points closer to safety too, which is obviously the priority.”

McCann admitted that the players failed to perform to an acceptable standard in the Ulster derby against Monaghan a week earlier.

“I think from all quarters, we let ourselves down. Monaghan are a good team, and they showed that at Croke Park, they should have beat the Dubs.

“So a poor performance against any Division One team, you’re not going to come away with any points at all.

“But we tuned up in training, in terms of our system and the way we were setting up, and the boys had a full understanding of that going into the weekend, which gives you a great chance.

“Then it’s just a matter of going out and executing that, and I think we did that quite well.”

And now, with six points from a possible six, the Red Hands are in a good place, poised to push on and intensify their league challenge.

“If you’re looking at the fixtures at the start of the year, four out of six isn’t bad, and it’s a good position to be in.

“But it’s very fickle, it can change extremely quickly, so it’s a matter of concentrating on the next game, the next performance, doing as much learning as possible from that game and try to bring that in to the next one.”

With all-star attacker Cathal McShane back in the team following his decision to turn down an opportunity to sign a professional contract with AFC club Adelaide Crows, the outlook for Tyrone is much brighter.

“Cathal is a very popular figure in the dressing room, and we wanted the best for him.

“We were also selfish in that we wanted Cathal here with us, but ultimately it was his decision and we’re just thrilled to have him back.

“He’s such a big player for us, and the way he played last year, he’s a very important cog in the system.

“The way he came back against Kerry is testament to how he looks after himself, so we’re looking forward to getting him bedded in over the next few weeks.”