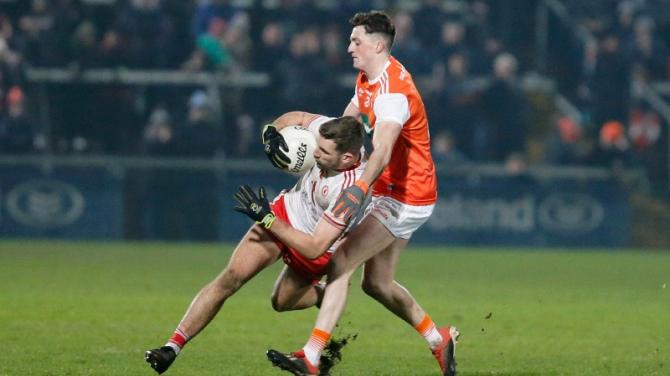 JANUARY will not release its icy grip for another few days yet, but Tyrone are already battle-hardened and primed for a searing hot start to the season.

And Niall Sludden says it’s vital they make the most of a solid pre-season and use it to their advantage as they target a strong start to the League on the back of a fiercely competitive McKenna Cup final against Armagh.

“It was a great tough battle, and you don’t want to be heading down sleep-walking down to Killarney, so it was a great test for us.

Read more in this week's Tyrone and Mid-Ulster Courier