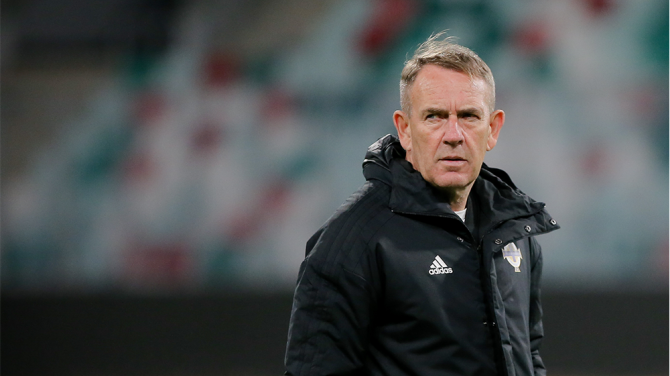 With their history making EURO 2022 adventure coming to an end last Friday night, Northern Ireland Women's Football Team manager Kenny Shiels spoke exclusively to the Tyrone Courier to reflect on the tournament and the role Mid-Ulster played in the success of the team.

“The influence of Tyrone and Mid-Ulster has been great” said Shiels, who is originally from the Maghera area. “Don't forgot we also lost Sam Kelly, one of our best players, prior to the tournament and Lillie (Crooks Woods) just didn't make the starting squads, but is very much in our plans.

“There's quite a big contingent from the region. You've got Jackie (Burns), Sarah McFadden, Simone. Chloe McCarron was involved with Mid-Ulster Ladies as well. So we're totally indebted to them and the contribution they've made on the international team.”

One of Mid-Ulster's brightest footballing stars, Simone Magill, unfortunately suffered an injury in Northern Ireland's opening game against Norway and was ruled out of the rest of the tournament. Shiels admits that the loss of Magill heavily effected his plans for the team in the tournament and the way they had hoped to play.

“It was a massive loss because it took away our link to the final third of the pitch.” Shiels explained. "Losing anybody would've been really bad, but losing the likes of Simone, it restricted us and it limited our attacking options.

“It meant we couldn't threaten in the final third in the same way. I knew that immediately when she was going off with the injury. I was thinking: 'this is going to kill us'. It took away out potency because Kirsty McGuinness on the left didn't get as much of the ball, neither did Lauren Wade. They just weren't able to link up in the way that Simone would've brought.

See this week's Tyrone Courier to read the full exclusive interview, or check out our epaper