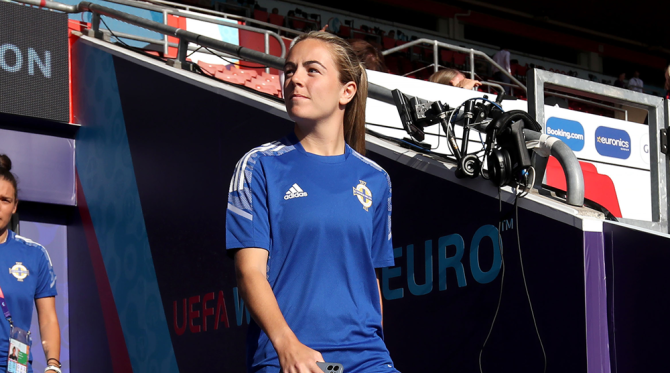 NORTHERN Ireland Women's football star Simone Magill said that "words are a struggle" after an ACL injury in the team's Euro 2022 opener against Norway ended her tournament.

The striker, who is from Magherafelt and has recently joined Aston Villa, is set for a lengthy spell on the sidelines having sustained the injury late on in the Group A game in Southampton.

"Playing in a major tournament was always the dream," Magill said on a social media post shortly after the news of her injury was released.

See this week's Tyrone Courier for the full story or check out our epaper.