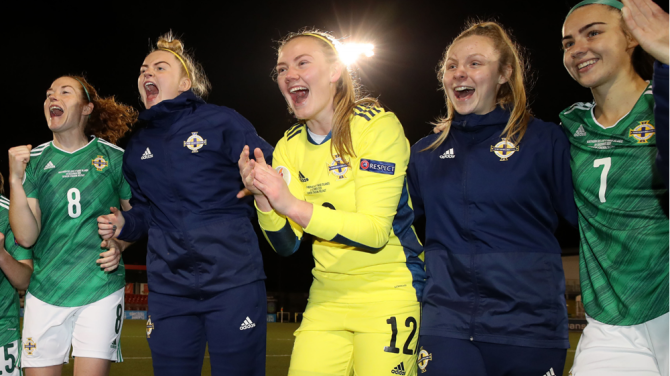 Ahead of the UEFA Women's EURO 2022 tournament, which is set to kick off this week, the Tyrone Courier spoke with Chair of Mid-Ulster Ladies F.C, Elaine Junk, to preview the tournament, and to get the full story on just how far Women's Football in Northern Ireland has come.

Northern Ireland Women begin their EURO 2022 journey this Thursday, 7th July at 8pm against Norway but to Elaine, who is also Chairperson of the NIFL Women's League, the real journey began a long time ago.

“In terms of girls and women's football – and other sports as well - there's a really significant drop-out rate.” Elaine explained. “Over 50% of girls drop out by the time they hit 13. In Northern Ireland, for a long time we have only had around 1,500 registered players in the whole of the country in senior football.

“So for the girls to actually have qualified, it defied all the odds. Nobody expected us to qualify, but we did.”

See this week's Tyrone Courier or Mid Ulster Courier for the full feature - or check out our epaper.