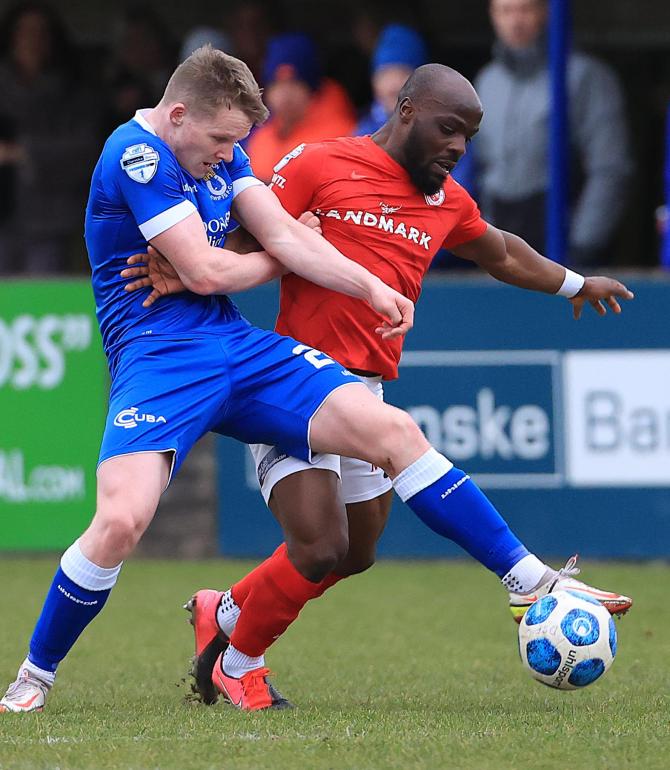 Devlin, still just 18, made a name for himself playing for the Swifts last season and was given the opportunity to start the game against Spain.

Despite losing Devlin certainly made an impression, especially on Dungannon Swifts manager Dean Shiels who has credited Terry Devlin's rapid rise in the Northern Ireland international setup to his exposure playing first team football with the Swifts.

Shiels said: “I think it's fantastic. Terry has really been fast tracked quite quickly in terms of being in the under 19s then 21s briefly then was included in the first team senior camp.

“He's now got a start for the under 21s against Spain so he is developing at a really fast rate.

“I think that comes from playing first team football in a competitive league.”

See the full story in this week's Tyrone Courier, or check out our epaper.