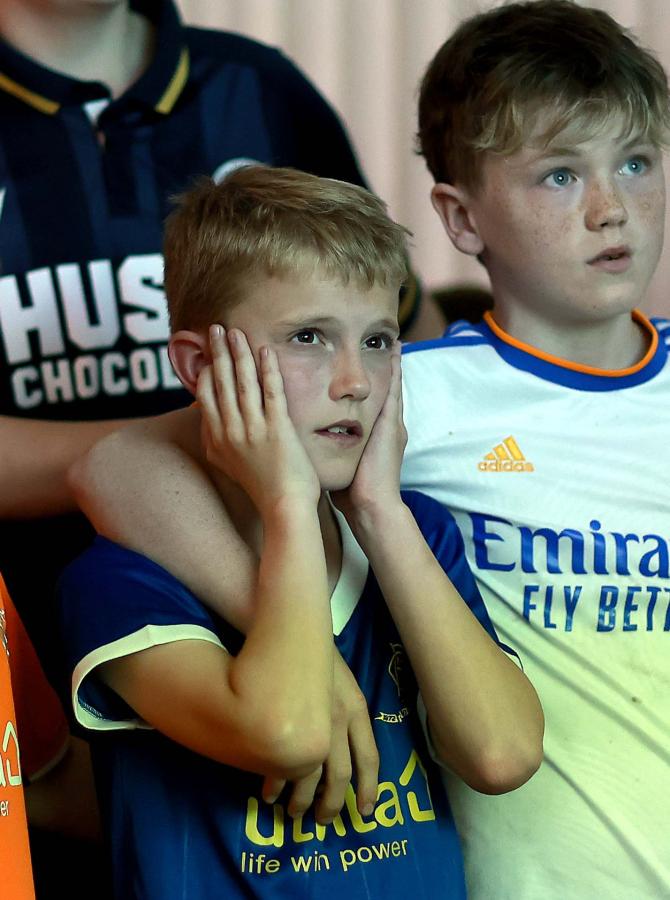 The supporters gathered to cheer on their team, hoping that the Glasgow club could secure the trophy having bested Sparta Moscow, Borussia Dortmund, Braga, Red Star Belgrade and RB Leipzig on their way to the final.

It wasn't to be, however, as a missed penalty from Aaron Ramsey opened the door for the German side to take control of the penalty shootout after 120 minutes of action. Columbian striker Rafael Borre slotted home Frankfurt's fifth and final penalty to win the game and break Rangers fan's hearts.

The Rangers fans have supported their team passionately throughout the tournament, and it was no different in the final.

Look out for the full report and photographs in next week's Tyrone Courier.