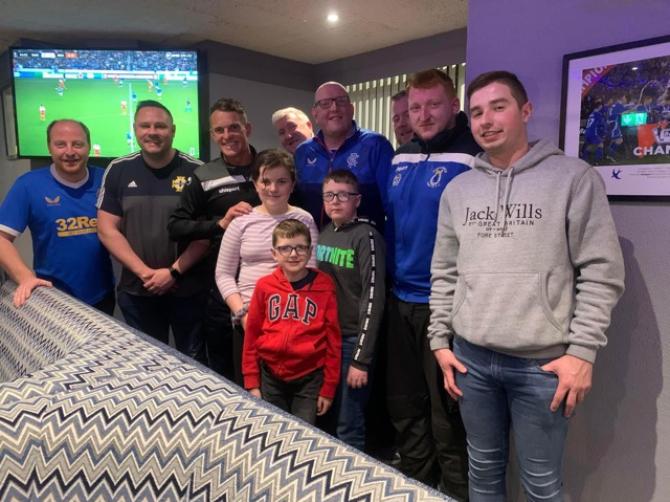 WELL, what a season it has been for fans of Glasgow Rangers. The team has exceeded all expectations in Europe by reaching the UEFA Europa League Final.

They managed to beat many of the big guns along the way including: Sparta Moscow, Borussia Dortmund, Braga, Red Star Belgrade and RB Leipzig.

Dungannon Rangers Supporters Club have enjoyed meeting up each Thursday evening in the run-up to the final, which takes place on Wednesday against German side Eintracht Frankfurt.

Club Chairman Ian Burns stated: "Some of our members are fortunate enough to be travelling over to Seville."