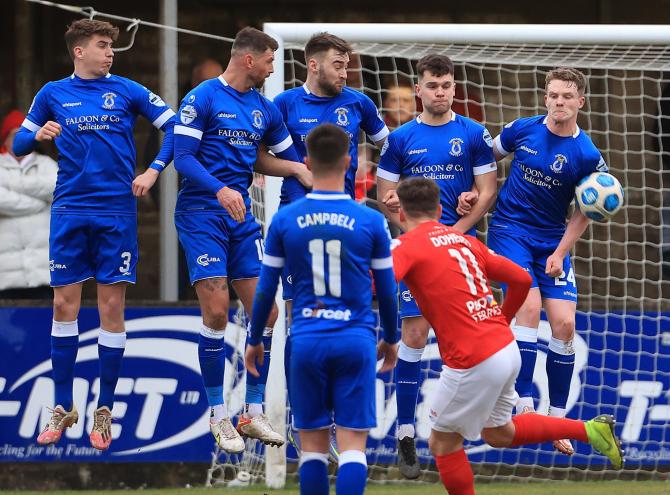 Dungannon Swifts take on Glenavon this Saturday in a game that is crucial to their ongoing battle for NIFL Premiership survival.

Having fallen to defeat against Carrick last Saturday, the Swifts now sit fourth in the relegation group, level on points (28) with Carrick who are ahead based on goal difference.

The Swifts are now just one place ahead of the relegation play-off spot, currently occupied by Portadown, just four points behind the Swifts on 24 points.

Dean Shiels will take some solace in the fact that Portadown also lost last Saturday to bottom placed Warrenpoint, in doing so failing to close the gap between the sides. However the Ports still hold one game in hand over the Swifts.

The Swifts will host Glenavon on Saturday knowing a win could prove pivotal, not just for the points on the board, but also to improve moral and build a measure of momentum heading into a showdown fixture against Portadown next Tuesday (19th April).

Always a hotly contested encounter, Glenavon will pose a serious challenge for the out of form Swifts, who will be looking for their first league win in 10 games. Sitting atop the relegation group, some 24 points ahead of the relegation places and with an eye on the last remaining European qualification spot, the Swifts may be able to take advantage of any kind of complacency creeping into the Lurgan side's game.

Glenavon have won all three of the previous meetings between the two sides this season and carry good form into the game, winning three of their last five and losing just once in that period to title chasers Cliftonville

The Swifts will be without first-choice goalkeeper Declan Dunne, who received a red card in the weekend's 1-0 defeat to Carrick. Dunne was replaced on Saturday by Alex Moore, who is most likely favourite to replace him again against Glenavon. Moore is on loan from Linfield and has make seven appearances this season.