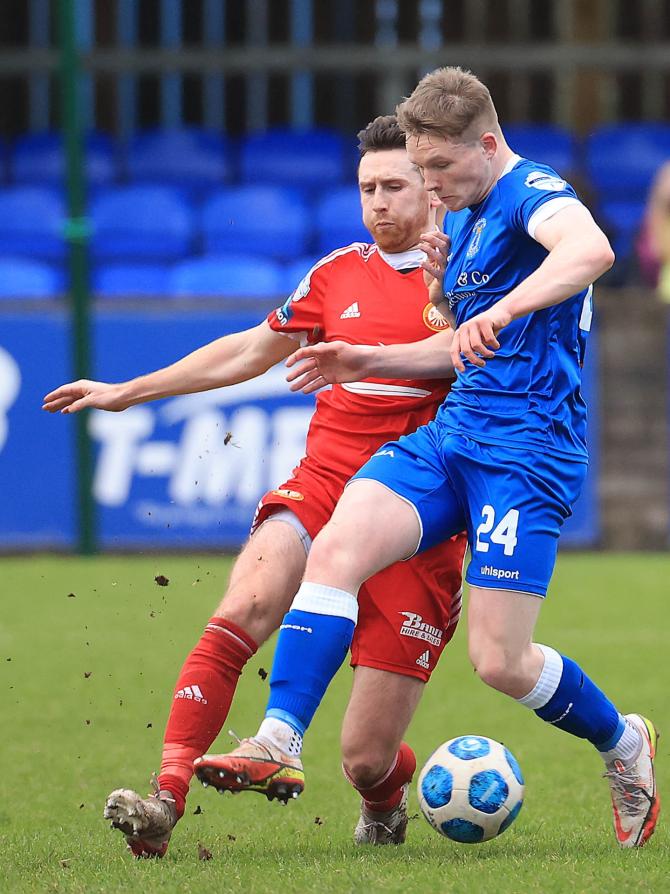 DUNGANNON Swifts midfielder Terry Devlin wants to use the experience gained from playing in Northern Ireland's U21 team to help his club side avoid relegation.

Having just two caps with the U19 team, Devlin was a surprise call up to John Schofield's squad for the games against Slovakia for the U21 Euro qualifiers and a friendly against France, featuring as a second-half substitute for the 5-0 defeat to Les Bleus.

Devlin was called upon at half-time in the loss in Calais, stepping into midfield to play against opposition such as Real Madrid's £34m signing Eduardo Camavinga, who came off the bench to play in the 3-1 win over Chelsea in the Champions League last week.

"I was buzzing to be fair," Devlin said of the call up.