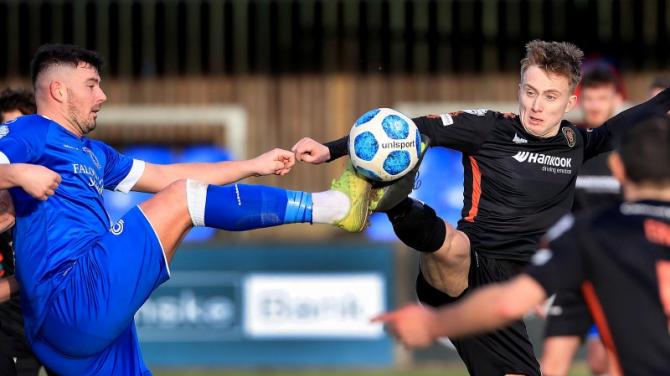 The game is the first of the Swifts' five post-split league games and Dean Shiels' men will be travelling to Taylors Avenue hoping to put some breathing room between themselves and their relegation rivals.

Dungannon Swifts currently reside in third place in the relegation group on 28 points. A loss on Saturday would see Carrick, who are currently three points behind the Swifts in ninth place, move ahead of them on goal difference. It would also leave the Swifts just four points ahead of relegation play-off placed Portadown, who already have one game in hand and have found themselves in decent form as the season comes to a close, picking up three wins from their last five.

A win, however, would see the Swifts’ relegation worries significantly eased, moving to seven points clear of a relegation play-off place with four games to play. Not safe by any means, but certainly a big step in the right direction.

Third in the relegation group is the highest position the Swifts can achieve at this stage, with Ballymena sitting 16 points ahead with just 15 points left to be played for. They are also, however, 16 points clear of bottom placed Warrenpoint, meaning automatic relegation is no longer a possibility. A relegation play-off is, however, a very real threat.

Either way, the game is likely to prove pivotal in deciding the Swifts' fate this season.

The Swifts should carry a certain degree of confidence into the game. Despite a rocky end to the regular season, losing seven of their last eight games, the Swifts have beaten Carrick Rangers three times already this season.

Carrick Rangers are, themselves, not in particularly impressive form, picking up just one win from their previous 10 league games. Despite their last win coming in January, Carrick have managed to pick up a couple of draws in recent weeks, helping them to close the gap between them and Dungannon Swifts.