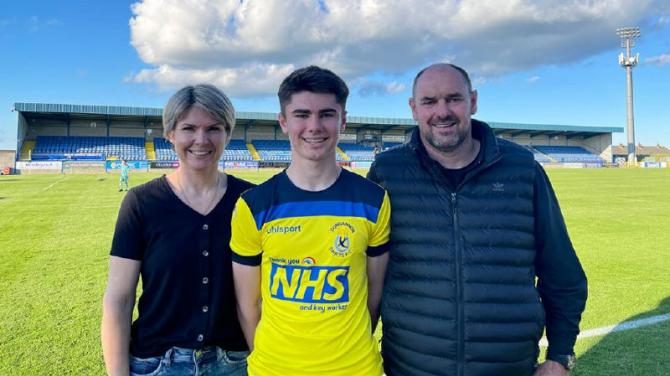 CONOR Bradley – a former player with Dungannon United Youth – made his senior international debut in Northern Ireland's 3-0 victory over Malta in Austria on Sunday.

Bradley- who was introduced in the Worthersee Stadion in the final minutes - began his football career with his local Castlederg club St Patrick's, whom he joined aged nine.

He then moved on to Dungannon United Youth. It was from there he joined Liverpool on an initial scholarship deal in summer 2019.

Speaking after Sunday's game, 17-year-old Bradley said: “It was unreal.

“The gaffer came over to me and said 'You're getting on'. I just had goosebumps. It was an unbelievable moment and one which I'm so proud of, me and my family.”

Bradley came on in place of captain – and Cookstown man - Stuart Dallas.

Former Dungannon Swifts man Niall McGinn was in the Northern Ireland starting eleven while Liam Hughes, 19, another ex-Swifts man now at Liverpool, was also on the bench.