“best ever sporting achievement in the UK”. 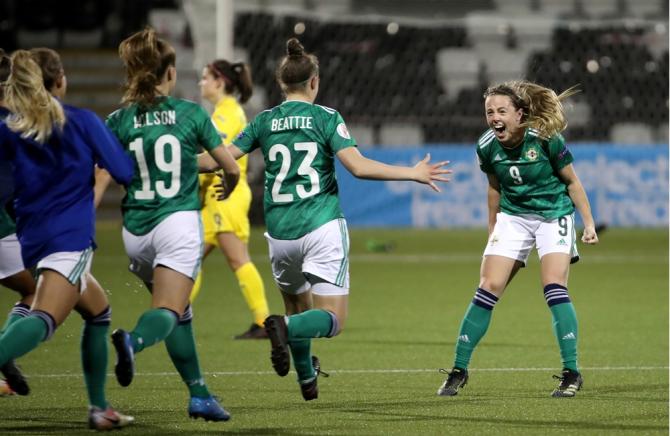 NORTHERN Ireland manager Kenny Shiels has described his side’s Euro 2022 qualification as the “best ever sporting achievement in the UK”.
NI defeated Ukraine 2-0 in the second leg of their play-off at Seaview in Belfast last Tuesday night to complete a 4-1 aggregate victory.
It is the first time in their history that the country has reached the finals of a major international women’s tournament.
The Northern Ireland squad includes a strong contingent from Tyrone and Mid-Ulster, including Magherafelt's Simone Magill, Jackie Burns from Cookstown, Bellaghy’s Sarah McFadden and Castlecaulfield woman Samatha Kelly.

Full report of the match and photos in this week's fantastic Courier Sports section. Check it out!