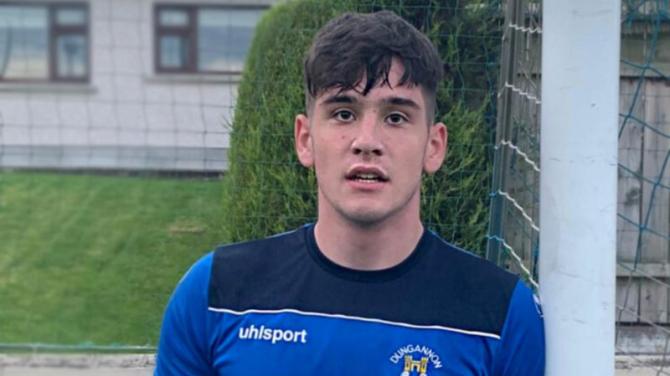 He made his debut for Dungannon Swifts against Linfield in a League Cup game on October 8, 2019, and has played a total of 14 matches, keeping three clean sheets.

Goalkeeping coach, Stuart Addis, said: “I’m absolutely delighted for Conner on signing this contract. He came in last season for us when we needed him to and he was superb. He grew in confidence the more games he played.

“Conner is a pleasure to work with, his attitude and work ethic is excellent. I’ve no doubt that Conner has a bright future ahead of him in his footballing career.”

Conner said: “Ever since I signed for Dungannon last season, the club, coaches and players have treated me brilliantly and I’ve enjoyed every minute that I have been here.

“The goalkeeping coach, Stuart Addis, has been top class and I have learned an awful lot from him since I joined the club.”

Meanwhile, the fixtures have been released for the Irish Premiership season, scheduled to kick-off on October 17.

Swifts will get their campaign up-and-running away to Larne at Inver Park.

On Boxing Day, Swifts will travel to Warrenpoint Town.

The post-split season will commence on Saturday, April 30, with the final round of fixtures May 22.

The Northern Ireland Football League (NIFL) says the return of supporters to Irish Premiership stadiums "remains a priority", with discussions ongoing between key stakeholders including, government departments, local authorities and other sporting bodies.

Dungannon – who won 2-0 away to Ballinamallard on Saturday – continue their pre-season preparations this Saturday (September 26) with a home game against Banbridge Town, kick-off 2pm.