Leadership is key for Edendork 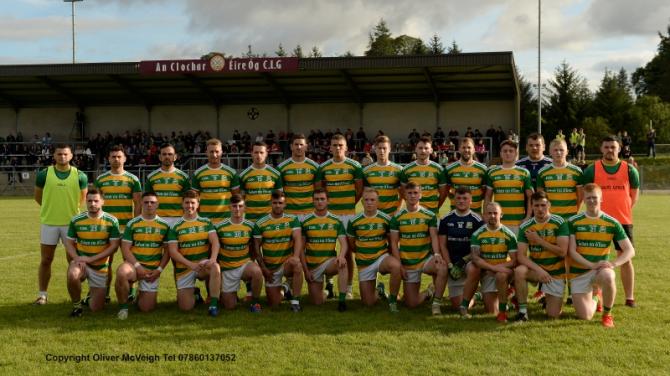 EDENDORK'S attempt to make an immediate return to senior football can come to fruition this weekend when they meet Gortin in the LCC Group Tyrone Intermediate Championship final.

It’s a huge occasion for the St Malachy’s as they attempt to take the title and make 2020 a year to remember.

But they come up against a Gortin team battle-hardened by no less that three extra-time thrillers on their way to Saturday’s decider at Healy Park.

The St Patrick’s have beaten Owen Roes, Eglish, in a penalty shoot-out, and Greencastle in a series of epic battles to get themselves to the title decider, and they have displayed levels of grit, determination and self-belief that suggest they will be extremely tough opponents.

Edendork have played some classy attacking football on their way to this weekend’s final, and while they have at times looked vulnerable at the back, they have genuine scoring power and a winning mentality.

A first round win over Clogher was followed by a hard-fought success in their clash with reigning Junior champions Rock, and in a goal-fest they got the better of Tattyreagh by 4-15 to 4-7 in the semi-final.

Now the St Malachy’s, who won the Intermediate Championship in 2015, are ready for one last push for the title.

Edendork captain Conor Mallon said leadership within the team is coming from all over the field, and it will be the same in the final.

“We have so many leaders in the team, we have all been there for six or seven years, we have come through that minor team that won a double, with a few additions like Neil Kilpatrick and Jack Donnelly,” he said. “We’re lucky in that we have a great generation of youth that has come through.”

Different players have come to the fore on different days to help the team through difficult tests against Clogher, Rock and Tattyreagh.

“Against Clogher you could maybe say that our bigger players didn’t play that well, and it was the same against the Rock, but we have boys to step up the whole way through the year.

“You’re not going to win an Intermediate Championship playing well every day, and you need boys to step up.

“That’s just the way it is, and luckily we have 20 men there that are pushing, and there’s real competition or places.

“We’re in a good place and everything is going well so far.”

Edendork conceded four goals in the semi-final against Tattyreagh, flagging up defensive issues, but they were in control of the game at that stage, and the skipper is confident the problems will be addressed ahead of this weekend’s big game.

Meanwhile, Edendork full back Donal Maneely expects a massive challenge from a Gortin side that has refused to accept defeat in three tight games so far, all of which went to extra-time, and one of them to penalties.

“There’s no easy run to a Championship final, and Gortin have shown that, with three games in a row going to extra-time,” he said.

“They’re not afraid to get stuck in, dig deep, so we’re ready for a battle.”

The St Malachy’s, who were relegated from Division One at the end of last season, are just 60 minutes away from promotion, and their experienced full back is hoping they can take that final step.

“We were disappointed to go down. We think that we’re a good outfit, but at the end of the day, we’re in Intermediate for a reason, really,” said Maneely.

“But if we can get over this next hurdle, we’ll get back up to where we feel we should be competing.”