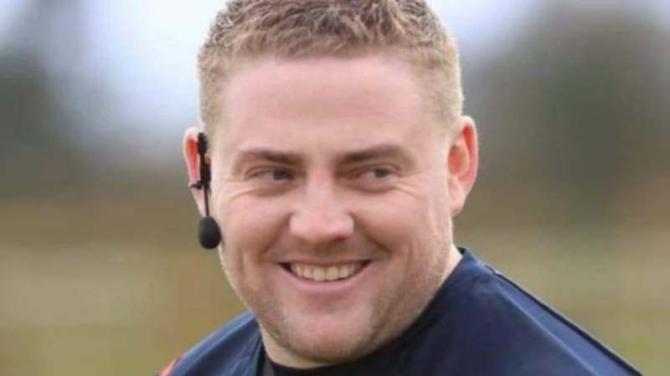 THE funeral has taken place of an Irish FA referee who lost his life in a workplace accident at a Northern Ireland Electricity (NIE) substation in Co Armagh.

Richard Scott, from Castledawson in Co Londonderry, was working at Drumnakelly Main Substation in Portadown last Wednesday when the accident happened.

The funeral service for Mr Scott took place his home on Sunday at 2.30pm, followed by burial in Polepatrick Cemetery in Magherafelt.

The 33-year-old is survived by parents June and Harold, siblings Cherith and Jordan and his wider family circle.

In a death notice, Mr Scott's family said he would always be “loved and remembered”.

The Health and Safety Executive said it was aware of the incident and was making enquiries.

Paul Stapleton, the managing director of NIE Networks, said Mr Scott joined the company as an apprentice and had worked for it for almost 15 years.

“He was a much-respected member of our team and always had time for his colleagues,” Mr Stapleton added.

“His loss will be felt deeply across NIE Networks. Our thoughts remain with his family and wider circle.”

Trevor Moutray (right), the head of refereeing at the IFA, said Mr Scott was an experienced assistant referee who officiated in the Premier Intermediate League and the Championship and would be remembered as “one of the characters”.

“It's difficult to rationalise or explain because I received an email just last night from Richard to say that he was unable to attend fitness tests next week as he was on call in work. Twenty-four hours later, this tragic news emerges,”he added.

“Richard will be remembered as one of the characters within our ranks.

“He gave a number of years of excellent service to the local game as an assistant referee and his experience was rewarded with a number of high-profile appointments during this time, including the national finals.

“The thoughts of the IFA's refereeing family are with the Scott family and close friends at this very tragic time.”

Paul Larkin, the chairman of the Northern Ireland Referees' Association, said the organisation was devastated by the news.

“It was with great sadness and shock that we lost one of our refereeing family, Richard Scott, suddenly,” he wrote online.

“The Northern Ireland Referees' Association is devastated by this news. Our thoughts and prayers are with his family at this very difficult time.”

A spokesperson for the Northern Ireland Football League added: “The Football League is deeply saddened by the sudden passing of Richard Scott, a popular and respected match official in the league.

“Our collective thoughts are with Richard's family, friends and colleagues at this difficult time.”

Mr Scott was a member of Dunamoney Flute Band, which said he had died “doing the job he loved”.

“It is with great sadness that we bring to you the devastating news of the passing of our loyal and esteemed band member Richard Scott. Richard tragically lost his life doing the job he loved, working for Northern Ireland Electricity,” the band said.

“Richard was a dedicated member of the band for in excess of 15 years. His commitment to the band will be sorely missed.

“We would ask that you keep Richard's family in your prayers in the coming days and weeks ahead. (He is) safe in the arms of Jesus.”

Unite the Union regional secretary Jackie Pollock passed on her best wishes to the family of Mr Scott, who was a member of the organisation.

“On behalf of Unite, I extend our deepest condolences to his family, workmates and friends and confirm our union's full support for Richard's family and workmates in the days ahead,” she said.