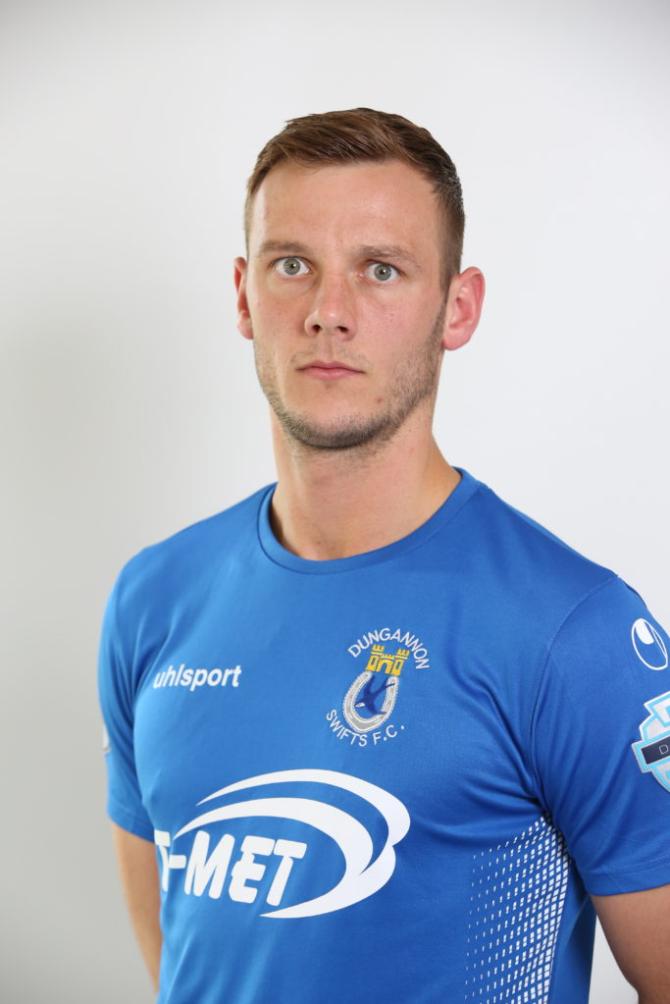 DAYS after a vital win against Institute, Dungannon Swifts have announced the departure of club captain Seanan Clucas.

The club have confirmed that the 27-year-old had agreed a deal to join Glentoran.

"It is with disappointment we have to announce that current Club Captain, Seanan Clucas, is departing Stangmore Park, to join Glentoran FC," said a Dungannon Swifts spokesperson.

"We would like to make it clear to everyone that the Club did try everything within our power to keep Seanan. For his own personal reasons, a move to a Club in Belfast suited him best, at this moment in time.

"Therefore we could not stand in his way. We would like to put on record our thanks to Seanan for all his services to Dungannon Swifts and as Club Captain during his time in the role."

Speaking about the move, Clcuas himself expressed his gratitude to everyone involved at Stangmore Park.

"“I’d just like to take the opportunity to thank everybody involved with Dungannon Swifts for the time I’ve spent at my hometown club," he said.

"From the manager Kris (Lindsay) who’s helped me so much and gave me the opportunity to Captain this wonderful Club, to the coaching staff, everybody who works behind the scenes to keep this club going and the supporters for your support through the good but also being there when times were tough.

"I also want to thank the group of players who I had the privilege to captain. They are such a fantastic bunch of lads and made my time here what it was, special. I thank you all."

"This is an opportunity I just couldn’t turn down for different reasons. I wish everyone all the best for the remainder of the season. Thanks a million once again, Seanan”

Speaking after the signing was confirmed Glentoran Head Coach, Mick McDermott said he was delighted to have secured "a proven quality performer".

"Seanan will be a great addition to our team," he said. "He brings quality, a physical presence and can play in multiple positions. He is a proven quality performer in the Danske Bank Premiership. I am absolutely delighted to have him at Glentoran.

"I would also like to thank Dungannon Swifts for the professional way in which they have conducted this deal.”