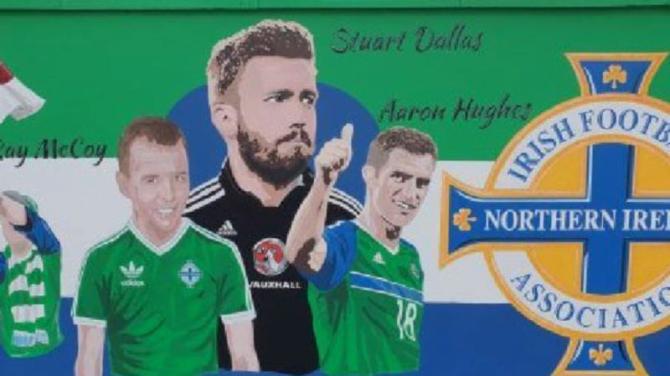 It comes at a fitting time as Northern Irish great Aaron Hughes has called time on his glittering career.

Hughes has had the most international appearances of the trio with 112, Stuart Dallas boasts 36, and Raymond McCoy has one.

Cookstown North Community carried out the work with support from Sperrin Cultural Awareness.

The mural has been erected in the Millburn Park area of the town.

Work on the project began during the Easter break.

“That idea is now going to be a reality with the support of all three players and Sperrin Cultural Awareness, Magherafelt.

Meanwhile, Aaron Hughes who was unable to make the unveiling, has spoken fondly of the freedom retirement affords him.

“I wanted to take a few months to literally do nothing,” he said.

“I have barely looked at a pre-season football result at all because my mind is switched off from it - I just want to take a break.

“I want to get away with the kids on holiday for a few weeks before they go back to school and, for now, I'm not worried too much about what's next.

“There are a few things that I have an interest in or might want to try my hand at, but for now I just want to enjoy my free time.”