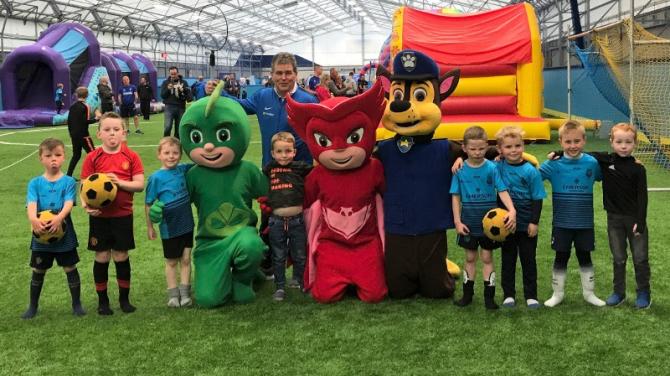 COOKSTOWN Youth Football Club would like to thank everyone who attended the club’s end of season celebration and fun night on Friday 31st May, it certainly was a fun filled, exciting night.

The parents showed the kids who it is done as they won 3-0.

In truth, it could have been more but for some poor finishing by a certain Killymoon player.

The defence was resolute with Rod (minus ponytail) in the centre of defence taking everything out of the air with the team marshalled by the unbeatable Hunterman.

Mickey Leek took no prisoners and Biggers used his pace up front to always be a threat.

We would like to thank our Coaches, Board, Members, Sponsors and Suppliers and Mid Ulster District Council and all who helped out and made tonight possible.