Mural of Cookstown footballing heroes to be unveiled 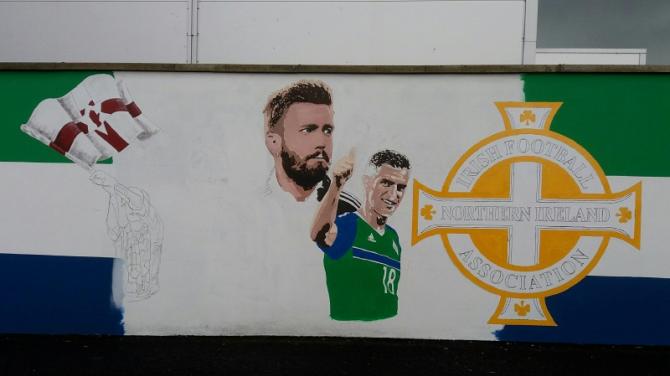 It comes at a fitting time as Northern Irish great Aaron Hughes looks set to call it time on his glittering career. Hughes has had the most international appearances of the trio with 112, Stuart Dallas boasts 36, and Raymond McCoy has one.

Cookstown North Community is carrying out the work with support from Sperrin Cultural Awareness.

The mural is being erected in the Millburn Park area of the town and is nearing its completion after work began during the Easter break.

“That idea is now going to be a reality with the support of all three players and Sperrin Cultural Awareness Magherafelt.