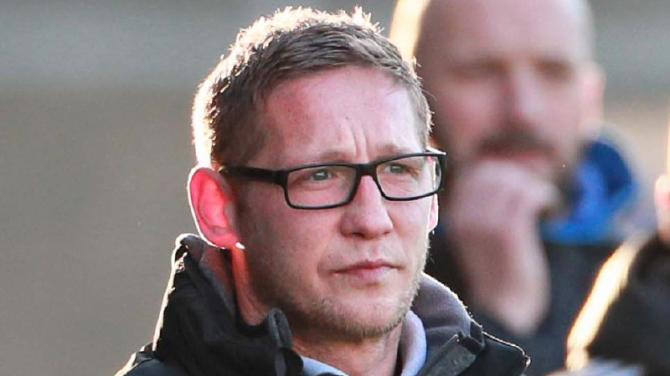 DUNGANNON Swifts manager Kris Lindsay says he and his players have “got that monkey off our backs” after they picked up their first league win during his tenure at the club.

It was a first win at the sixth attempt for the Swifts as they downed Institute at Stangmore Park for what was only their second win of the season.

Their only other triumph came against reigning champions Crusaders when Dixie Robinson was in caretaker charge in late September between the departure of Rodney McAree and formal appointment of Lindsay.

Two strikes from Paul McElroy, one from the penalty spot, saw the Swifts come back from a goal down to triumph 2-1 on Saturday afternoon.

Speaking to the Courier after picking up his first three points in charge, Kris said: “I think it was important we got that monkey off our backs as quick as possible and I’m glad that we did it at home as well.