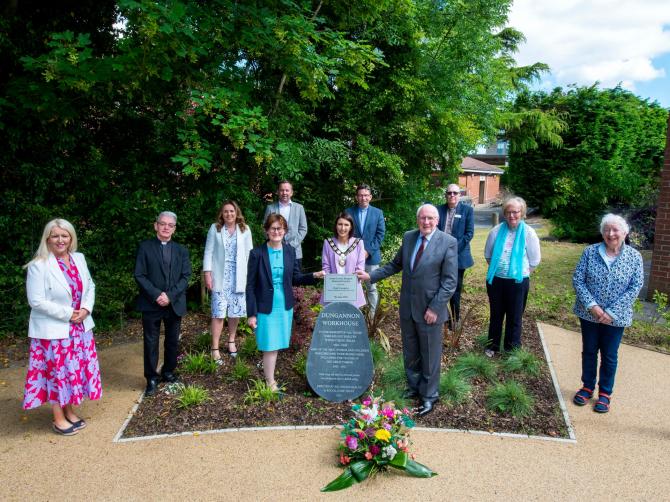 A special event has been held to mark the official opening of The Dungannon Workhouse Memorial Garden at South Tyrone Hospital.

The garden was created by The Southern Trust as a memorial to all those men, women and children who are buried on the site and includes a special engraved stone in their memory.

Members of Donaghmore Historical Society, Trust staff as well as the Chair of Mid-Ulster Council and local religious leaders were among those attending the opening.

Dr O’Kane said: “It is impossible for us to imagine the terrible hardship suffered by so many people in this area in the 19th Century. It’s even harder to imagine that this is the site of a graveyard where hundreds, of men, women and children who died in the Dungannon Workhouse, were buried.