Eagles back in action after Christmas break 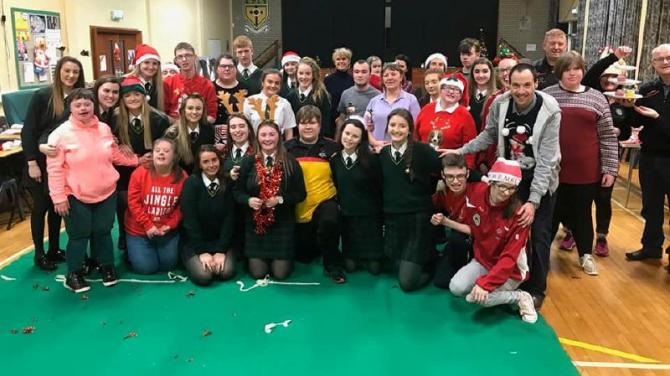 THE Eagles Special Olympics Club have enjoyed the festivities of Christmas and New Year and this week the team return to training on all sports.

The Eagles Club has a big big year ahead in 2019 and they are always growing and recruiting, so if your new year’s resolution was to get fit, join a club or do some volunteering, you are invited to contact the club.

Before Christmas, the club had some athletes move on to different adventures and the club wishes Matthew, Ciara and Se good luck in the future.

The club has some new faces and hope some Eagles who have been out of action for a while might return to the squad.

This year is World Games year in Abu Dhabi and Eagles Club will be well represented with Shannon Nixon in athletics and Richard Currie in Bocce.

The Bocce team training returns on Tuesday, 8 January at 6:30pm in St Joseph’s Grammar in Donaghmore.

The athletics and football teams are back on Thursday night at the Fianna 4G surface with the usual start time of 7pm. The football team has been out of competitive action for some time now and have a divisioning day on 19 January in Omagh.

Athletics is the club’s main sport and as they start to focus on qualifying events, they will be upping the training and getting rid of all the turkey and selection boxes consumed in December.

Eagles wish all their athletes and families, coaches, volunteers and supporters a very happy and sucessful 2019.