Philip Allen gears up for Galway with new wheels 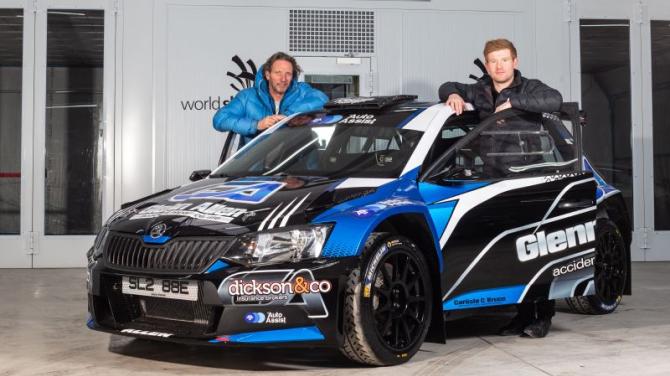 COOKSTOWN's Philip Allen, the son of the late Northern Ireland Rally champion Glenn, has committed to doing the Irish Tarmac Rally Championship for the next two seasons in an Evo 2-specification Skoda Fabia R5.

Beginning his campaign at the one-day Galway International Rally this weekend, Allen says that 2019 is all about familiarising himself with each of the seven rounds and gradually increasing his speed in the series.

To date, the 26-year-old has entered three closed-road competitions. Allen finished fourth on the Tyrone Stages but retired from both the Tour of the Sperrins Rally and the Ulster International Rally.

“The Tarmac Championship is where many of the top R5 drivers are heading,” Allen told Courier Sport.

“Some people might think this is quite a big jump for someone like me, but you have to remember that my first proper rally was in a Mini World Rally Car.

“Before every Irish Tarmac round we will test. There’s a huge amount of effort going into this by lots of people; we want to do it right.

“2019 is all about building ourselves up, steadily improving our speed, and working out what settings and tyres work best for the car in what conditions.

“At the end of the year we should have a clearer idea of where we stand, and make whatever changes necessary to hit the ground running in 2020. I did the Ulster Rally back in August and I learnt so much from it. You might have a bad first day but you can reset for the second one and go again. You just can’t do that on one-day rallies.”

Allen’s Skoda Fabia broke cover for the first time at the Turkey Run Rally over the Christmas period.

Purchased from Wevers Motorsport in Holland, the Fabia will be prepped by McGeehan Motorsport.

“I’ve heard lots of good things about the Skoda; anyone who has spoken to me about it says it’s the best R5 car,” said Allen.

“The Hyundai i20 has plenty of grunt but it’s not the easiest to get on with. The Fiesta’s a more forgiving car but it doesn’t have the speed. The Fabia is strong in every area.”