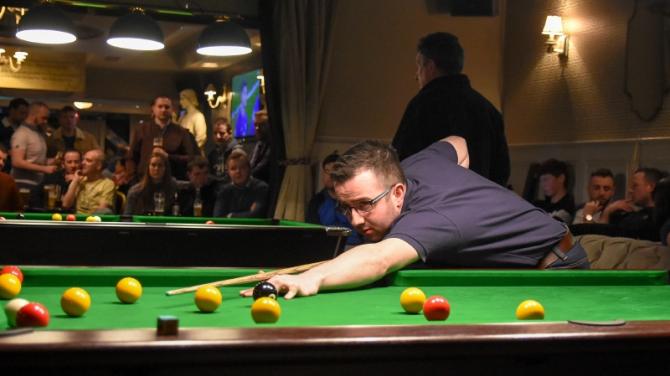 LAST year’s Division 2 champions Malachys B started 2019 with a bang in the Dungannon Pool League by beating last year’s treble winners Tavern A 4-2 in their own backyard which now puts them into the top three.

Gervin’s got themselves well back in the race with a 4-2 win over Loughgall FC, while Malachy’s A showed their class by winning 5-1 against Donaghmore and Tavern B came from two down to win 3-2 against Donaghy’s.

In Division 2, Tiffy’s continued their great run with a 4-1 win over The Gables. The Golf Club had a good home win against McAleer’s.