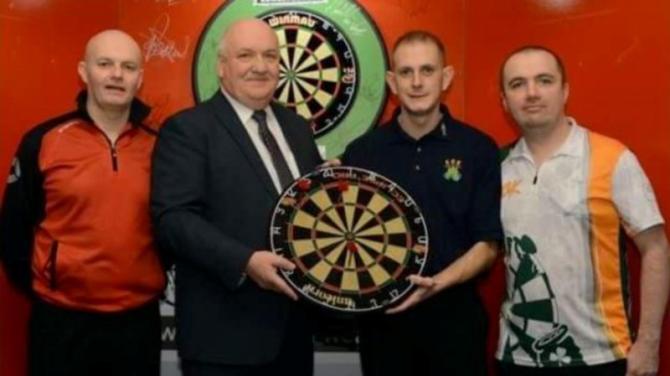 MOYGASHEL darts star Kyle McKinstry is getting ready for his second appearance at the BDO (British Darts Organisation) World Darts Championship at the Lakeside Country Club.

McKinstry, 32, will take on Dutch number 10 seed Chris Landman in the first round clash, which will be held today (Tuesday).

Kyle also took on a Dutchman in the first round of last year’s championships, going down on that occasion to Richard Veenstra, who himself made it to the last eight of the 2018 edition.

McKinstry’s match is expected to get underway at around 8.45pm tonight as he aims to make it through to the last 16 of the BDO’s premier competition for the first time.