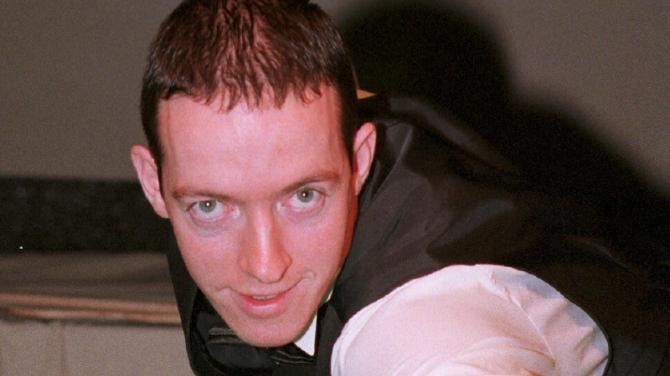 AUGHNACLOY A were the big winners in the Kildress Plumbing Supplies Division One, the border town team bouncing back from an opening night home defeat to secure three of the four available points from their trip to League Cup winners McVeigh’s.

Declan Halligan was the star man on the night, justifying his recall to the team when nurturing a commendable 2-0 win over League Cup final hero Kieran Corr. Paddy Quinn threaded a superb 53 break as he beat Jerome McVeigh, with Pete Tierney completing the win by dispensing with the threat from Conor Gillespie after John McArdle had claimed the home point by outpointing Johnny Beggs.

McKee’s A handsomely won the Coalisland derby 3-1 against a Gervins side that started so well the previous week by whitewashing McVeigh’s. Damien McBride, Brendan McLarnon and Colm Kelly were victorious for the home team with Daniel Nixon edging out Owen McKee in the other tie.

Mitchell’s A were held to a draw by visiting Max Keady. League sponsors Feargal Keenan and Rory Mallon had similar straight frames home wins over Shane McQuillan and John Maguire. The away points were bagged by Stevie McParland and Stevie Taylor in tough three-framers against Joe Loughran and Chris Maye.

In Division Two, Mitchell’s INF had one of their best wins of the season at home to McKee’s B. Seamus Mitchell, Terry Dunlop, Ryan Starkey and Gary McNeill were their winning cuemen, while David Singleton, Craig Bell and Colin Charlton were on target for Aughnacloy B at home to Mitchell’s B,. Kevin Kelly took the last point for the visitors against Glenn Montgomery.

Aughnacloy B 3-1 Mitchell’s B

Aughnacloy A v McKee’s A

McKee’s B v Mitchell’s B