Point sees Cookstown on the rise 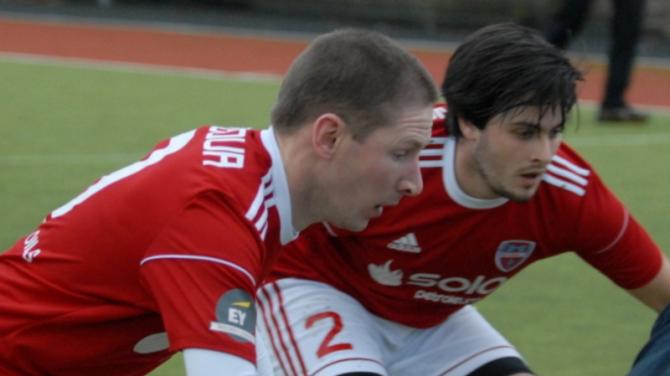 A CLOSELY fought battle in the rain against Cork in Munster saw Cookstown win a point to put them into seventh position in the EY Hockey League.

But it might have been even sweeter for the Tyrone men.

"It feels funny, similar to last week when we played Annadale, we felt like we could've got more out of the game," said Mark Crooks. "We are probably a bit disappointed that we didn't get three points.

"But we fought and we fought, and we got stuck in and we came away with a point which I suppose we still have to be happy with.

"It's been years since we got anything down there. They are a good team and we have to be happy that we picked up at least one point.

"We just have to keep the momentum going. We've got a match (against Queen's University) midweek and then Pembroke (on Saturday) before a bit of a break from the EYHL so it is important that we carry the momentum that we've had into the Kirk Cup games.

"It is important that we really do stamp our authority on those matches and play the right way so come next week, when we play Pembroke, we are still at the level required to win."

The Reds took advantage of a card to Cork's Jonny Bruton, Greg Allen tucking the ball over the line after some great play on the baseline by his teammates.

Cork came back at Cookstown and Josh McCabe made a brilliant double stop at the end of the first quarter to deny an equaliser.

The lead only lasted a few more minutes, however. Thomas Chalumeau played in former Ireland international John Jermyn who picked out Bruton who netted for 1-1.

While Cookstown looked to counter, Cork controlled possession and conjured a few good opportunities without troubling the scoreboard.

On Tuesday the Reds face Queen's University in their second match of the Kirk Cup group stages. Pembroke are the visitors to Steelweld Park at 2.30pm on Saturday.