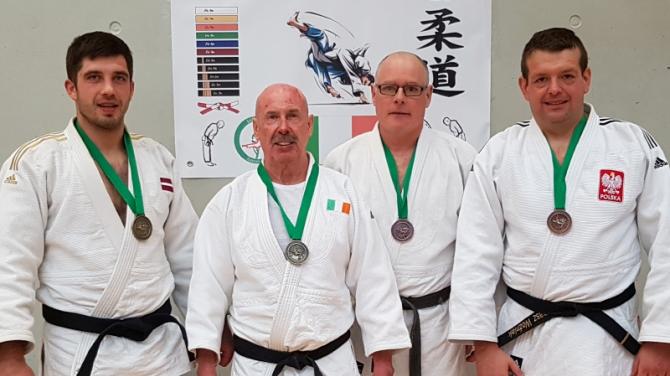 It was held in Trinity College Sports Campus and was for 30-year-olds and above.

There were eight different countries represented at this prestigious event. All four Ren-Bu-Kan fighters won medals.

Janis Sumanis (Black Belt 3rd Dan) took the gold medal in the 30 to 40 years group at 90 kilos, winning the event for the second year in a row.

Tomas Wozniak (Black Belt 1st Dan) won the bronze medal in the 40 to 50 years group at 100 kilos and Paul McConville (Black Belt 5th Dan), last year’s champion in the 50 to 60 years category, had to be content with bronze this time.

This is the third time McGuigan has competed in this tournament and it was his third gold medal.

The Leinster Open for U16 years on 18 November is the next event for the club and then the All Ireland Senior and Junior Championships will be held on Saturday, 15 December at the National Sports Campus Dublin.