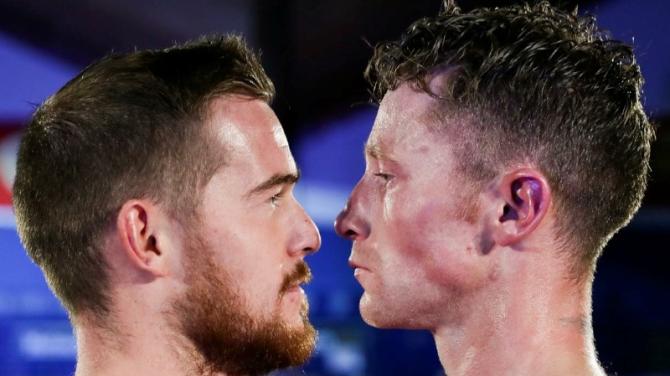 COALISLAND fighter Feargal McCrory has called for the entire county of Tyrone to get behind him ahead of the biggest fight of his life.

Following nine wins over the past three years, the popular Coalisland super featherweight will fight Dubliner Stephen McAfee for the vacant Irish title on Saturday, 24 November in the headline fight of the 'Celtic Clash 7' card at Good Counsel GAA Club Drimnagh, Dublin and 'Fearless Feargal' wants to bring an army with him.

The majority of McCrory's fights have taken place in Belfast and the Ulsterman is disappointed that his title challenge won't be there as well.