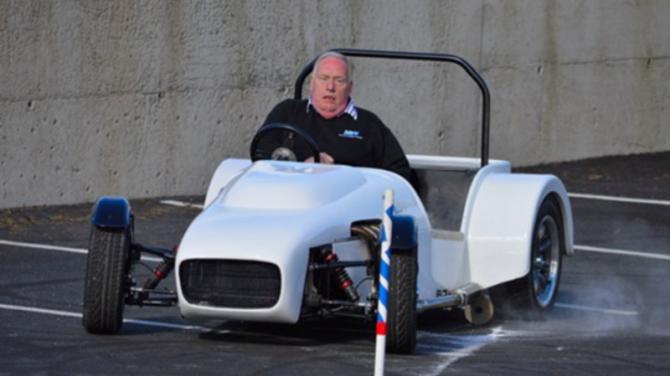 THE final round of the McMillan Specialist Cars ANICC Autotest Championship and Clubman Challenge was hosted by the Autotest Drivers Club on Saturday 22nd September at KDM Yard, outside Cookstown.

With a lot still to play for and titles to be decided 20 competitors lined up at the start line for what would be one of the tightest fought final rounds of the season for some time.

Peter Grimes would set the fastest time on test 1 in his Mini Special, with Paul Mooney only 0.2 seconds slower.

After the first loop of three tests Paul would hold an advantage of 2.2 seconds over title rival Steven Ferguson, both in their Mini Specials.

Read more in this week's Tyrone and Mid-Ulster Courier.