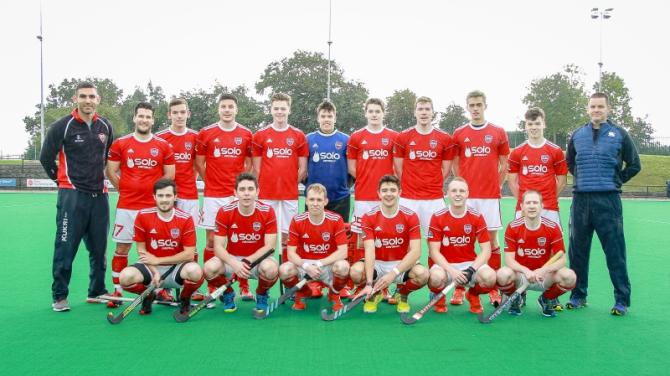 COOKSTOWN Hockey Club Head Coach Michael Haycock says he is hoping this season in the Irish Hockey League will be slightly less dramatic than the past three campaigns.

In the three years since the new league was formed, Cookstown have been relegated (in 2016), promoted via the play-offs (2017) and last season they narrowly avoided relegation by winning a play-off.

While the past three years have been hard on the nerves, Michael is optimistic the Reds can push on in to mid table this season.

Speaking to the Mid-Ulster Courier ahead of the new campaign, he said: “The ambition this year is to make sure we are not in a relegation fight and to be well out of it.

“Realistically, I think we can make top six and make sure we aren’t down there.

“I think it’s an exciting time and I want us to make sure we stay clear of the play-off zone, it’s not good for the blood pressure!”

Pre-season has been conducted in an optimistic environment at Steelweld Park and Michael says he is pleased with how things have gone in preparation for their opening game of the campaign this weekend.

“We have had a really good pre-season,” Michael says. “The boys have really bought into what we are doing as well.

“I’m excited because pre-season has gone well and I think we are performing quite well and if we play the we did over the weekend in the Nigel Cheevers Memorial tournament then I think we’ll do well.

Cookstown have the opportunity to get the season off to a positive start this Saturday afternoon when they welcome newly-promoted YMCA to Streelweld Park.

“It’s important that we get points early doors and not make life so difficult for ourselves,” says Michael.

“YMCA are coming up so obviously they will be excited at coming into the league but it’s your typical six pointer if you like as it’s very important for both teams.

“They’ll be targeting three points too becuase in the past few years we have been going up and down the league and it’s down to us to make sure we get off to a good start.”

There is not a great deal of change in terms of personnel for the coming season, with only Jon Ames, who has left for Australia, missing from last year’s panel.

This weekend’s game was also come a little too soon for Keith Black, who is recovering from a long-term ankle injury.

Stewart Wylie, an Ireland U16 and U18 star, may also get some game time this year for the senior side.

And the Reds are hoping for a large support to come down this Saturday afternoon to Steelweld Park as they kick off their new campaign.